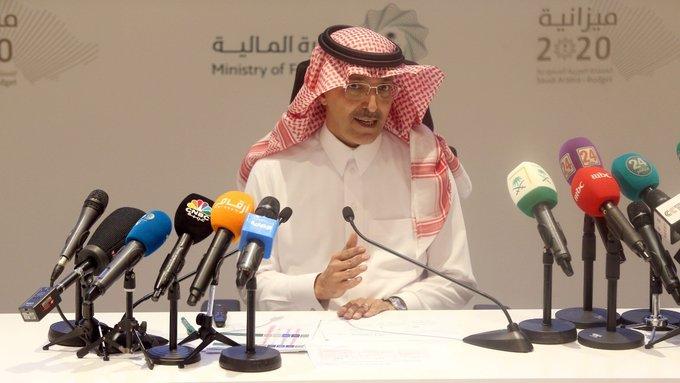 “We should focus on boosting the Kingdom’s economic growth and fiscal sustainability,” said Al-Jadaan on the sidelines of 2020 budget announcement.

In 2019, the Kingdom saw expenditures of SAR 1.048 trillion, a decline of SAR 60 billion compared to estimates of SAR 1.106 trillion, due to the implementation of cost-efficiency strategy and the private sector’s contribution to the pipeline of projects in 2019.

“The Saudi government was supposed to finance some desalination, water sewage and education projects. However, these projects were later converted into long-term public-private partnerships,” Al-Jadaan added.

The government will continue to enhance the efficiency of expenditure, both for operational and capital expenditure, Al-Jadaan indicated.

Saudi Arabia announced on Monday its state budget for 2020 with estimated revenues of SAR 833 billion, a decline of 9.1% year-on-year (YoY) and public expenditure of SAR 1.020 trillion.

Budget deficit is expected to reach SAR 187 billion next year.