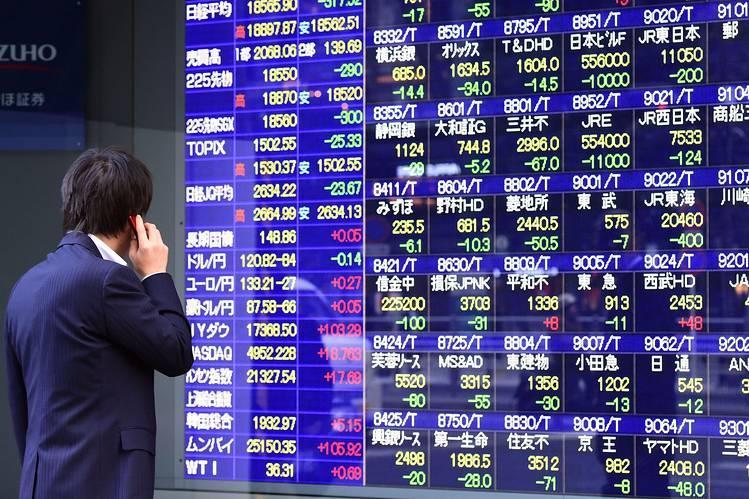 Shares retreated in Asia on Wednesday after Japan reported its worst monthly decline in exports in three years, putting pressure on the economy as growth slows following a sales tax hike.

Adding to regional jitters, the US Senate passed a resolution overnight to support human rights in Hong Kong after months of increasingly violent protests.

Japan’s Nikkei 225 index declined 0.7% to 23,119.59 after customs data showed the country’s exports falling 9.2% in October from a year earlier, with sharp declines in shipments to China, South Korea and the US.

The tariff war between China and the US has stretched for over a year, hammering manufacturers and farmers on both sides and sapping demand for exporters in other Asian countries.

Japan’s exports to the US dipped 11% in October, including autos and auto parts, marking the third straight month of declines. And imports from the US fell 17%, the Finance Ministry said Wednesday.

Australia’s S&P ASX 200 fell 1.3% to 6,727.80 as energy and financial companies declined. Banks were hit by allegations by regulators that Westpac, a bank, is suspected of violating anti-money laundering laws.

On Wall Street, shares were mostly lower Tuesday, as losses in energy companies and department store operators edged out gains elsewhere in the market.

A solid showing for technology sector stocks helped lift the Nasdaq composite to another all-time high, while the S&P 500 index finished less than 2 points below the record close it reached on Monday.