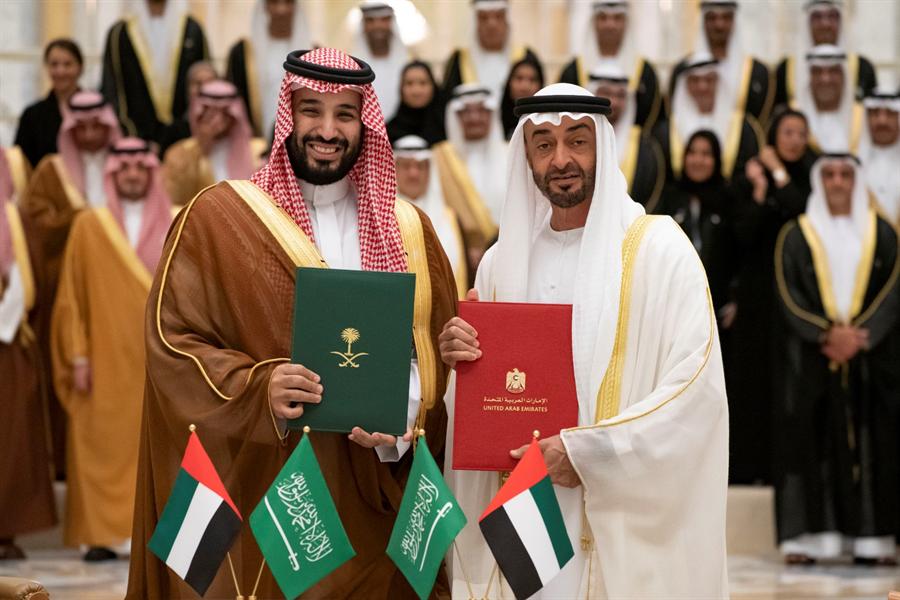 Sheikh Mohammed bin Zayed highlighted the strong relations between the Kingdom and UAE, adding that the formation of the council paved the way for achieving positive results.

"We have 20 common areas of development in the fields of economy, security, human development among other,” he stated.

He added that Saudi-UAE economy ranks 16th on the global level, noting “we can work together to become one of the top 10 economies in the world”.

“We will increase our investments to be one of the top ten countries to invest globally,” he added.

“This unique model of integration is not only beneficial to both countries, but also boosts the cooperation among the Gulf Cooperation Council cooperation. It provides an exceptional model for Arab cooperation and puts the two countries in a distinguished position on the map of global alliances,” Abu Dhabi Crown Prince concluded.