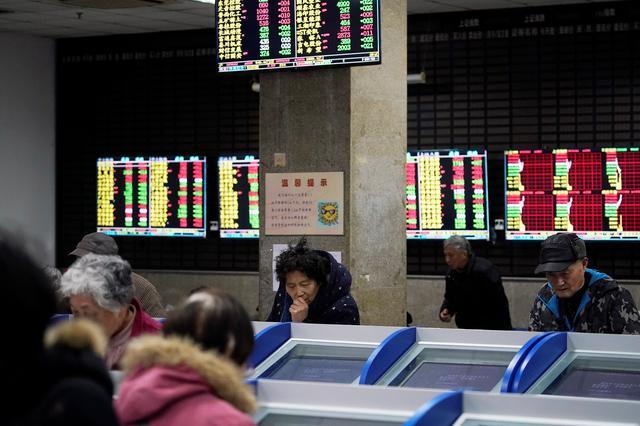 Asian shares stumbled on Monday and commodities on Chinese exchanges plunged on their first trading day after a long break on fears the coronavirus epidemic will hit demand in the world's second-largest economy.

Aiming to head off any panic, the Chinese government took a range of steps to shore up an economy hit by travel curbs and business shut-downs because of the epidemic, including cutting its key interest rate.

Despite the measures, MSCI's broadest index of Asia-Pacific shares outside Japan fell 0.4%, on track for its eighth straight day of losses.

Chinese shares slumped at the open with the blue-chip index down about 7%.

"Until the rate of new cases peaks, equities are in limbo – too late to sell, too early to buy," said Sean Darby, Hong Kong-based strategist at Jefferies.

A total of 361 people have died in China from the coronavirus with the first death out of the mainland reported on Sunday in the Philippines.

In a bid to cushion the impact on China's economy, the country's central bank cut reverse repo rates by 10 basis points and injected 1.2 trillion yuan ($173.8 billion) of liquidity into the markets on Monday.

Still, analysts expect Chinese onshore equity markets to remain under pressure as the number of infections is still likely to increase in the weeks ahead.

Economists at Citigroup said the steps taken by Chinese authorities were "unlikely to be sufficient to curtail a sharp downturn in Q1."

"As most employees won't return to work until Feb. 9, the output losses are likely to be larger than expected, and incoming economic activity data will continue to prompt the authorities to take more actions in order to reduce the adverse impact of the Wuhan coronavirus on the economy," they noted.

JPMorgan shaved its forecast for global growth by 0.3 percentage points for this quarter.

There was still some glimmer of hope.

"This could take time to play out, but this underpins our long-term optimism in the A-share market despite a challenging time ahead."

E-Mini futures for the S&P500 added 0.6%, pointing to a positive start for Wall Street on Monday.

As Chinese markets opened after the 10-day break, Shanghai copper hit limit down as did Shanghai crude oil while yields on the country's 30-year government bonds traded in the interbank market were down 18.5 basis points.

On Friday, the Dow fell 2.1%, the S&P 500 declined 1.8% and the Nasdaq Composite dropped 1.6% as economists tempered their outlook for China while cconomic data out of the United States and Europe together with a mixed batch of corporate earnings also added to the gloom.

In currencies, the safe-haven Japanese yen held near a 3-1/2-week high against the dollar at 108.57 after adding about 1.5% in the last two weeks.

The dollar index, which measures the greenback against a basket of major currencies, was a shade higher at 97.475.

Gold, which posted its best month in five in January, slipped 0.5% to $1,582.70, while yields on U.S. debt lingered near five-month lows as the United States, Japan and other countries tightened travel curbs to China.