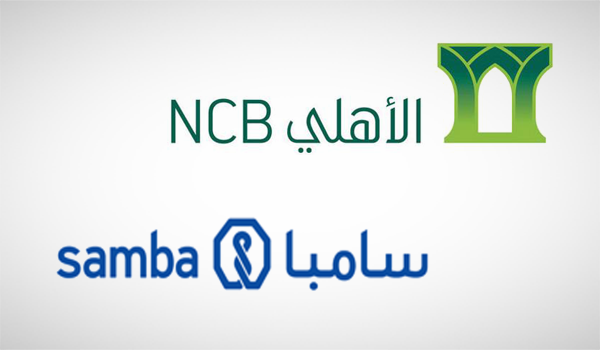 The merger of National Commercial Bank (NCB) with Samba Financial Group (Samba) is a timely move in the right direction, considering the impact of COVID-19 on the Saudi economy.

It will pave the way for more merger activity in the Saudi banking sector and will result in significant synergies in the long run, analysts told Argaam.

Both banks entered into a legally binding merger agreement on Oct. 11, 2020, to create a new regional heavyweight with more than SAR 837 billion ($223 billion) in assets, positioned to accelerate the transformation of the Saudi banking landscape.

“Although the merger provides a short-term uplift to both entities in the low interest rate environment due to the economic consequences of the pandemic, it will unlock great synergy in the long run, when we consider Samba’s corporate and investment banking excellence blended with the retail and commercial dominance of NCB,” Ahmed Saleem, senior analyst – asset management at SHUAA Capital, said.

The merger will strengthen NCB’s position as the largest institutional lender in the Kingdom with Samba’s leading transaction banking and corporate finance capabilities, extending more than 27% of corporate loans in the Saudi market.

Meanwhile, the merger sends a positive signal for a sector where the existing volume of banks is presumably greater than the size of the local economy, according to Ashar Saleem, senior analyst – asset management at Saudi Kuwait Finance House.

“It definitely brings synergy to the new entity as Samba boasts a more solid footing in the corporate segment with a very robust investment banking and asset management business, while NCB has a humongous deposit base with a larger chunk coming from its retail clients,” he added.

More mergers are inevitable to enhance efficiency and competitiveness of local banks as Saudi Arabia opens its doors to foreign banks and investors alike.

“We can expect similar merger activity in the local banking sector as the Kingdom strides to realize its ambitious Vision 2030, which targets (among other objectives) to make Saudi Arabia the banking and financial hub of the region,” Ahmed pointed out.

However, Cyril Widdershoven, global energy market analyst at Verocy and Global Head Risk Strategy at Berry Commodities, highlighted the need for competition in the market in case of increase in merger activity.

“A full consolidation of the Saudi financial sector should not be targeted to 100%. Competition and choice in financials makes a better economic environment than a fully concentrated sector. Private parties and third-party financials should be available; competition makes a better situation than a market led by only one or two,” he said.

Mazen Alsudairi, head of research at Al Rajhi Capital, agreed, emphasizing on a lesser concentrated sector. “We do not expect more merger activity as it will increase the concentration of banks, which will impact competition,” he concluded.