Saudi Arabia to start third phase of Umrah on Nov. 1 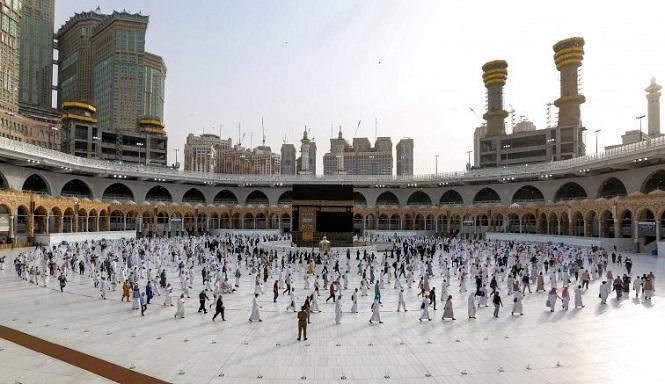 Saudi Arabia will start the third phase of Umrah tomorrow, Sunday, Nov. 1 until the coronavirus pandemic is officially over. Umrah, visits and prayers will be allowed for citizens, as well as residents inside and outside the Kingdom at a 100% capacity (20,000 Umrah pilgrims per day, 60,000 worshippers /day) of the Two Holy Mosques.

Visitors and Umrah pilgrims will enter the Kingdom from the countries approved by the Ministry of Health.

Under the first phase, citizens and residents inside the Kingdom were allowed to perform Umrah per day in the Grand Mosque as of Oct. 4, at a 30% capacity (6,000 pilgrims per day).

The second phase started Oct. 18, with 15,000 pilgrims allowed to perform rituals and 40,000 worshippers performing daily obligatory prayers in the Grand Mosque at a 75% capacity.

Under the fourth phase, Umrah and prayers will be allowed for citizens, as well as residents inside and outside the Kingdom in the Two Holy Mosques at a 100% capacity.