In this report, James Muldoon, a senior lecturer in political science at the University of Exeter, reviews the book “Cloud Empires: How Digital Platforms Are Overtaking the State and How We Can Regain Control” by Vili Lehdonvirta.

He said Lehdonvirta argues that the internet has become ruled by Silicon Valley despots who govern new marketplaces and need to be held more accountable. 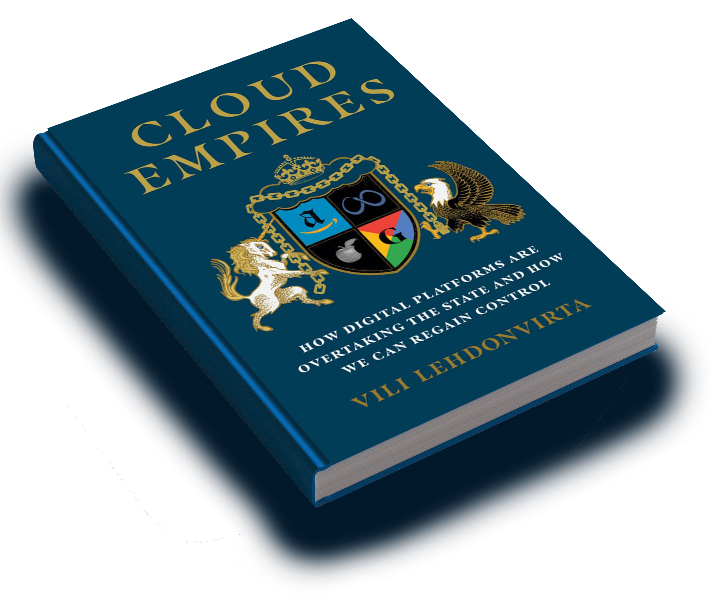 Meta – and many other global platforms – now create and enforce rules that govern important aspects of our everyday lives.

Cloud Empires, a brilliant new book by Vili Lehdonvirta, examines the rise of these digital empires and offers new ideas for what could be done to hold them to account.

In the words of the author, the book explains ‘why digital platforms have become the new virtual ‘‘states’’, how they nevertheless differ from our earthly nations, and how we can regain control over them’ (9).

Each chapter recounts the story of an iconic founder and platform, from Jeff Bezos and Amazon to Pierre Omidyar and eBay.

These narratives are well-researched, wonderfully written and accessible introductions to some of the major players who have shaped today’s digital economy.

Many of these stories have been told before and I therefore focus here on what I see as two of the most novel contributions of the book.

The first is the claim that global digital platforms now exercise a form of sovereign power over billions of their users, establishing the rules of the game and resolving disputes between parties.

Cloud Empires explains how powerful tech companies grew into state-like entities as they were confronted by the difficult realities of managing social complexity and political conflict within their digital domains.

The original intention of internet pioneers was to promote transparency, individual liberty and free association. They wanted to get rid of gatekeepers but ended up becoming the authorities themselves. Platforms inevitably began to take over certain state functions with their own rule-making and dispute resolution, complementing those of the state.

Jathan Sadowski has discussed how technology companies have begun to claim ownership and control over certain public services as platforms become more entrenched in the political economy of cities.

Lehdonvirta goes further still, teasing the idea that as states struggle to cope with the transnational digital realm, the role of the sovereign is increasingly played by digital platforms.

The strength of this comparison is based on the state’s economic functions. Indeed, throughout the book, the main activities of the state are depicted through an economic lens: statecraft is ‘just different forms of information processing and communication’ and ‘fostering large-scale market exchange’ (210-11).

A core claim is that digital platforms have in fact succeeded where many states have faltered: they have created transnational institutional infrastructure to facilitate efficient trade across borders.

But how do states and platforms still differ? The one key difference noted in Cloud Empires is that a state’s jurisdiction is territorial while a platform exercises power over all its users, leading to ‘states without estates, empires in the cloud’.

One hard limit to the analogy between platforms and states is the latter’s retention of the monopoly on violence, which is arguably the defining feature of the modern state.

Less attention is devoted to digital platforms’ more explicitly political functions of organising the digital public sphere, setting the effective limits of free speech, and their role in elections and surveillance operations.

Although much of the discussion centers upon the power platforms exercise over producers and consumers in digital markets, Lehdonvirta is also concerned with the lack of political institutions that could hold these platforms accountable.

A second main contribution concerns how the accumulated power of platforms could be challenged by democratic forces. Surveying the landscape of crypto, anti-trust law and workers’ co-operatives, Lehdonvirta calls for a ‘platform democracy’ based on new ‘political institutions for collective decision-making’ to counteract the power of ‘digital aristocrats’.

In doing so, he raises the possibility of a new radical force for change: an emerging class of digital ‘burghers’. He turns not to the unions forming in Amazon’s warehouses or the nascent organizing of microworkers, but to ‘affluent members of a rising digital middle class who possess considerable resources and connections’.

The appeal of the digital middle class is that unlike the new peasants of the platform economy (the data labellers, moderators and virtual assistants), this group is educated, organised and already possesses the power and status to immediately take effective political action against digital aristocrats. The idea is that their forums, social media groups and online discussions could become the basis of developing more formal democratic institutions.