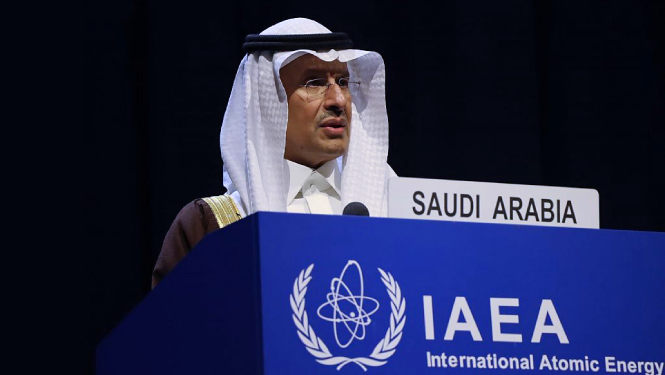 Saudi Arabia is currently studying to issue a license for its nuclear plant site after completing the technical specifications documents, which were drafted through an international competition, Minister of Energy Prince Abdulaziz bin Salman said.

Prince Abdulaziz also thanked the International Atomic Energy Agency (IAEA) for the role it played in reviewing these technical specifications documents, he said, while delivering a speech at an IAEA conference in Vienna on Sept. 26.

The move aligns with the Kingdom’s strategy that aims at diversification of energy sources and its national program to build a nuclear plant for power generation.

On the other hand, Prince Abdulaziz pointed to the increasing monitoring of nuclear and radiation national capacities, to keep pace with the national and international nuclear monitoring requirements. He stressed the Kingdom’s commitment to the IAEA’s nuclear safety and security standards as a minimum.