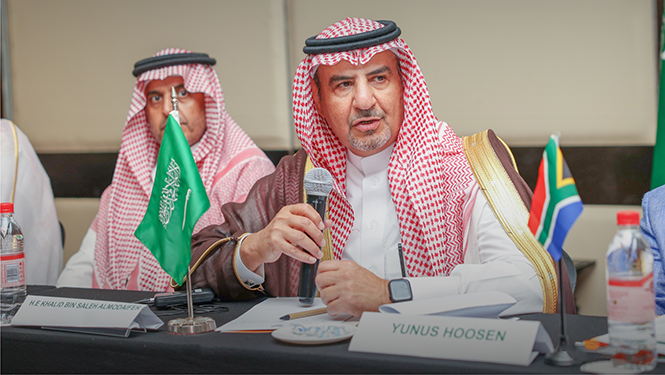 Saudi Arabia has opportunities for integration with South Africa in many sectors since it is one of the largest economies in Africa, Khalid Al-Mudaifer, Vice Minister for Mining Affairs, Ministry of Industry and Mineral Resources, told Argaam in an exclusive.

He indicated that the visit of the Saudi delegation to South Africa’s capital Pretoria aims to meet investors and explore new investment opportunities.

One of the reasons for cooperation with South Africa is its strategic location, as it is a gateway to the entire African continent and links the US to the Indian Ocean, as well as the West to the East.

South Africa is a center for the West and Sub-Saharan Africa and a site for exporting and trading the Kingdom’s minerals. In addition, it has great experience in the mining industry, tourism and others.

Al-Mudaifer pointed to the availability of multiple opportunities for major Saudi companies to start their businesses in South Africa, as Saudi Basic Industries Corp. (SABIC) and Saudi Arabian Mining Co. (Maaden) have representative offices there. 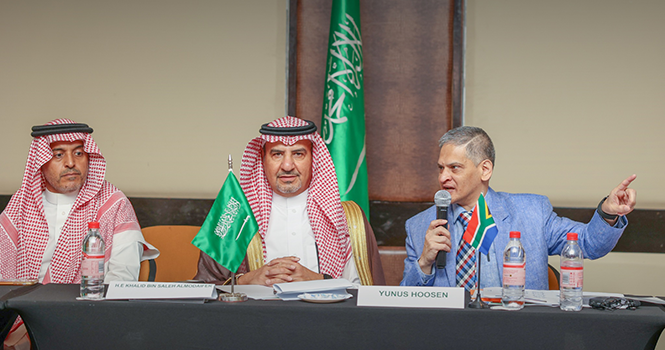 Further, South Africa has excellent experience in the mining sector, where several major mining firms operate, the official said, adding that it is the third largest country in mining after Australia and Canada. It is also a center for mining services, geological surveys, mining laboratory companies, as well as consulting and banking information firms. The state also serves international companies throughout Africa.

“We can cooperate with South Africa to serve the Kingdom’s mining sector,” Al-Mudaifer noted.

The Kingdom has 14 mining sites with quantities of copper and zinc that will be auctioned after Al Khunayqiyah and Umm Al-Damar. It needs marketing campaigns worldwide to attract companies, he added.

There are several South African companies operating in the Kingdom, such as ADL, the official said, adding that some agreements were signed at Indaba conference. Other pacts with South African firms will be signed during this visit to transfer part of their business to the Kingdom.

The Kingdom invited South Africa, represented by the Minister of Mining, to attend the second edition of the Future Minerals Forum, and companies are eager to participate. In addition, Saudi Arabia seeks to attract small and medium-sized enterprises (SMEs).

The second edition of the Future Minerals Forum will be bigger than the first edition and will seek to achieve the Kingdom's goal to be a hub for the mining and metals industry between Africa, West and Central Asia in the future.

Argaam covers the meetings of the Saudi-South African Joint Committee in its ninth session held in Pretoria, South Africa. The event runs from Oct. 3-4. 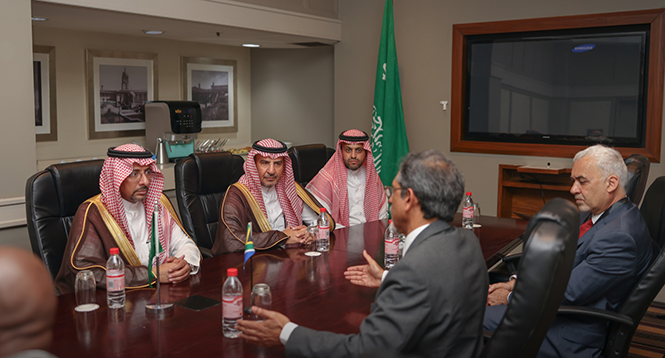 The Saudi delegation is headed by Minister of Industry and Mineral Resources Bandar Al-Khorayef, and includes Al-Mudaifer and other officials from various government agencies in the Kingdom.