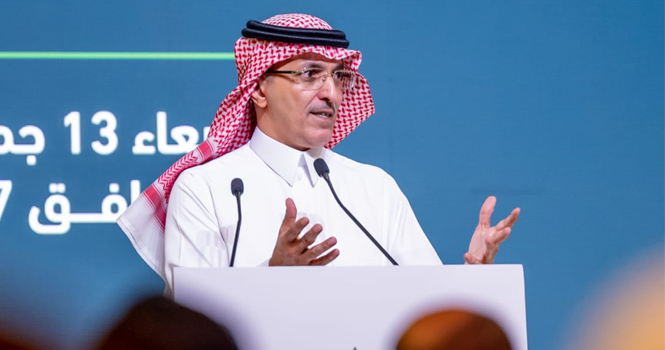 The private sector’s tax levy account for nearly 17% of total tax, which is less than average in other countries and the globally recommended level.

The government periodically considers how to alleviate these burdens, including compliance fees on the private sector. A study is underway to help the private sector, and no decision has been taken on any change.

The impact of oil price fluctuations on the budget was lower, Al-Jadaan explained, adding that the 2022 budget surplus will be used after the fiscal year-end. Surpluses will be directed to reserves first, ahead of being allocated to the Public Investment Fund (PIF) or National Development Fund (NDF) for economic development.

The 2022 surplus will not be used to repay public debt, as the PIF has sufficient liquidity and assets. If surpluses are directed to the Kingdom’s sovereign wealth fund, they will be a needless capital increase in 2023.

Meanwhile, the Saudi minister added that the foreign reserves held by the Saudi Central Bank (SAMA) rose by almost SAR 50 billion in 2022.

The annual spending started to balance over the last five years, backed by cash flows management, improvement in filing claims by government agencies, and automating services through Etimad platform.

As for spending on projects, the minister said part of the budget was allocated for mega projects annually to develop infrastructure, before awarding them to the PIF or the private sector.

Further, Al-Jadaan said the Kingdom's public debt is still below the average of G20, indicating that the National Debt Management Center (NDMC) paid off debts due in 2023 and 2025 at interest rates much lower than the current levels.

This will continue through increasing the debt to finance projects, refinance the debts maturing in the future, or secure alternative financing, the minister concluded.

The Ministry of Finance announced, on Dec. 7, the state’s general budget 2023 and 2022 budget performance.

It estimated expenditure at SAR 1.114 trillion and revenues at SAR 1.130 trillion, with an expected surplus of SAR 16 billion.

Total expenditures are expected to reach SAR 1.132 trillion, while revenues are projected at SAR 1.234 billion for 2022, with an estimated surplus of SAR 102 billion.