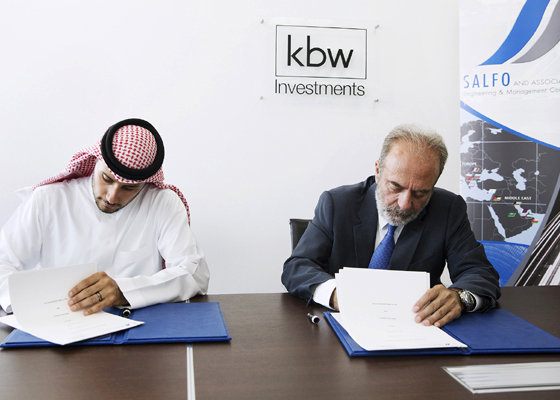 UAE-based KBW Investments has signed an agreement with Greek engineering and consulting firm Salfo and Associates to expand operations and collaborate on projects in the Middle East and Europe.

The agreement is set to include large-scale design and consultancy projects throughout the region, according to a company statement on Wednesday.

Meanwhile, Athens-based Salfo has worked on infrastructure and building developments in different arenas including rail and transport, marine and airports, bridges and tunnels, as well as hotels, malls, sports complexes and public buildings.