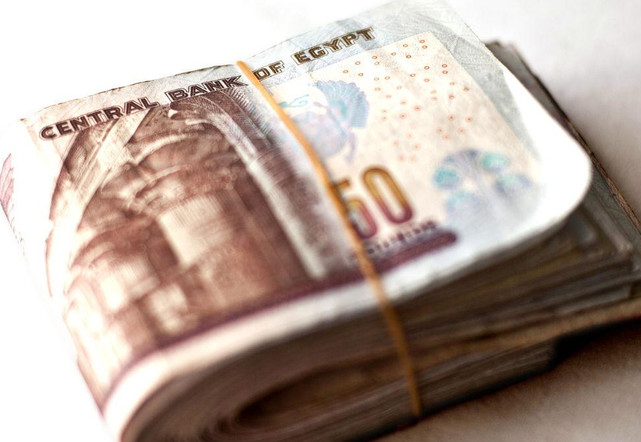 The Central Bank of Egypt’s (CBE) decision on Thursday to adopt a floating exchange rate for the pound will boost the economy over the long run, despite inflation pressures in the near-term, London-based Capital Economics (CE) said in a note.

“There will inevitably be fresh pain for the economy in the near term – inflation is likely to rise further and the CBE hiked interest rates by 300bp today. But, over time, a weaker pound and IMF backed reforms should lay the foundations for stronger economic growth,” said Jason Tuvey, Middle East economist at CE.

Floating the pound also brings the North African nation a step closer to securing a $12 billion financing deal from the IMF, the report said.

Egypt has struggled with persistently high inflation and a shortage of hard currency over past months, amid dwindling investments and tourism. The currency shortage has severely impacted businesses and created a black market for US dollars.

Under the new exchange rate regime, one dollar will buy 13 Egyptian pounds – a drop of over 30 percent from the current rate of 8.88/$.

Egypt’s bourse rallied in response to the announcement, with the index last up 3.7 percent at 8,842 points.

Commenting on the announcement, IMF Mission Chief for Egypt Chris Jarvis said the fund welcomed the central bank’s decision. “Under the new system, the exchange rate will be one where people are prepared to sell foreign exchange as well as to buy it. This will make more foreign exchange available.”

Adopting a floating exchange rate regime for the pound was long overdue, with Egypt’s current account deficit widening to over 5.5 percent of GDP in the four quarters to Q2 2016, CE explained. Private capital inflows have also remained subdued, while financial support from GCC states has dried up.

“The perils of maintaining a tightly-managed exchange rate against this backdrop had come to the fore in recent weeks, highlighted by mounting shortages of goods and a sharp fall in the currency on the black market,” Tuvey said.

Thursday’s move, however, signals that Egypt is willing to undertake the economic reforms required for the IMF package, he added.

In the short-term, the pound’s weakening will inevitably lead to increasing inflation, with CE forecasting a rise of as much as 6 percent over the next 12 months. This, in turn, will weigh on household incomes and consumer spending.

Nonetheless, a devaluation could bring substantial benefits in the long-run, Tuvey said. “By floating the pound, the central bank will eventually be able to fully dismantle FX restrictions, reducing disruptions to activity.”