59,000 moviegoers each month in theatres across Saudi Arabia

According to the General Commission for Audiovisual Media (GCAM), the government body charged with developing and regulating the audiovisual industry for Saudi Arabia, some 77 percent of moviegoers are families with the rest being singles, CIC statement added.

As was predicted, the return of cinemas to Saudi Arabia has proven to be a huge success with both families and single moviegoers. In less than a year, combined monthly attendance at the Kingdom’s screens is averaging 59,000 ticket buyers, CIC added.

In addition to Vox, other exhibitors to enter the Saudi exhibition sector include the US-based AMC and the Saudi concern, Al-Rashed Empire Cinema Consortium.

“About 59,000 people watch movies in these halls each month of which 77 percent are families and the rest singles,” GCAM said. “These halls bring all kinds of Arabic and western blockbusters.”

One year after the ban on cinemas in Saud Arabia was lifted, Vox, the Dubai-based exhibition outfit, expanded into the port city of Jeddah, opening a major 12-screen venue in Jeddah’s Red Sea Mall on Monday night. This is Jeddah’s first cinema and the Kingdom’s sixth to be opened in the past year.

The newly-opened Vox multiplex in Jeddah has the region’s first cinema dedicated to children. The multiplex is expected to show some 300 English, Arabic and Indian films annually of various genres, CIC statement added. 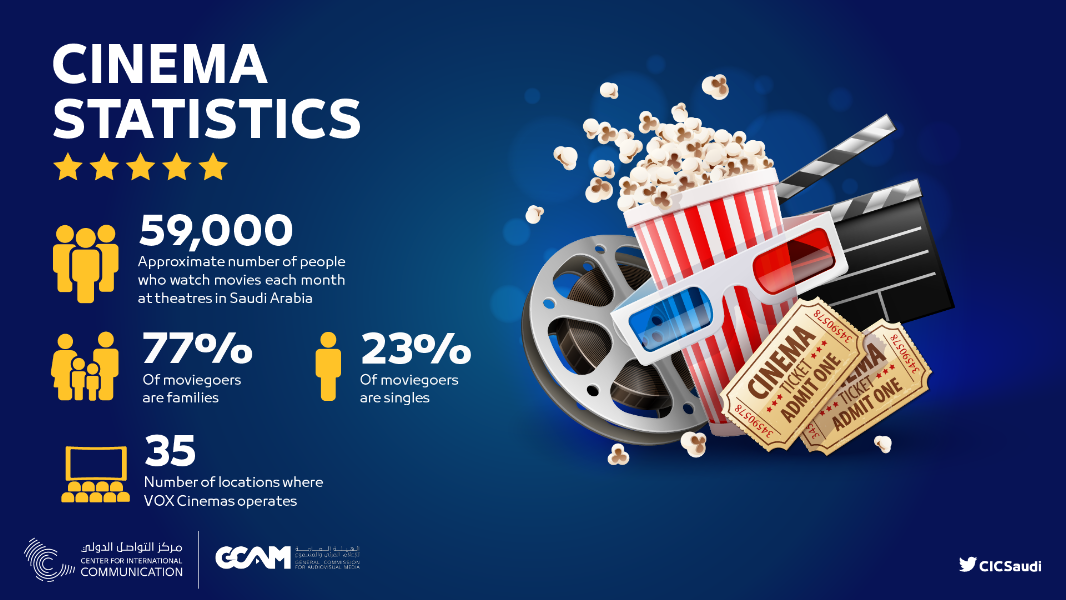