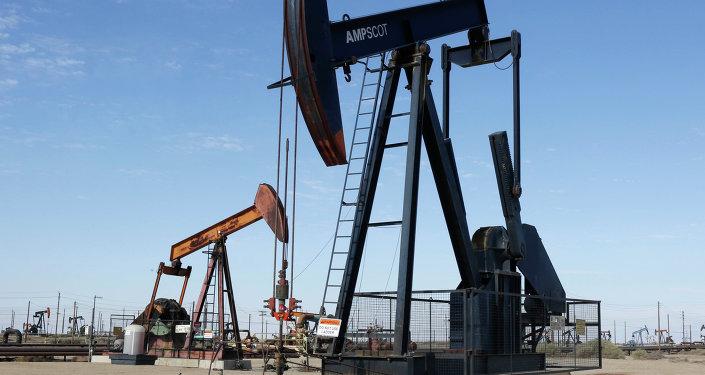 Oil prices rose to their highest level since November 2018 on Monday, driven up by OPEC's ongoing supply cuts, US sanctions against Iran and Venezuela and strong US jobs data.

International benchmark Brent futures were at $70.72 per barrel at 0225 GMT on Monday, up 38 cents, or 0.5 percent from their last close.

Brent and WTI both hit their highest levels since November last year at $70.76 and $63.48 per barrel, respectively, early on Monday.

"Brent prices increased more than 30 percent year-to-date as OPEC+ continued to cut supply for 4 months in a row and optimism over US-China trade talks helped to buoy the demand outlook," US bank JPMorgan said in a note released over the weekend.

The Organization of the Petroleum Exporting Countries (OPEC) and non-affiliated allies like Russia, known as OPEC+, have pledged to withhold around 1.2 million barrels per day (bpd) of supply this year to prop up prices.

Energy consultancy FGE said OPEC-led supply cuts meant "excess inventories are disappearing and the market looks healthy," adding that "the market is poised for prices to rise to $75 per barrel or higher" for Brent.

Oil prices have further been driven up by U.S. sanctions against OPEC-members Iran and Venezuela.

"Sanctions can cut 500,000 bpd of Venezuelan exports. Add that to a cut in Iran waivers and prices can rise substantially," FGE said.

There remain, however, some factors that could bring prices down later this year.

Russia is a reluctant participant in its agreement with OPEC to withhold output, and Russian oil production may increase again if a deal with the producer club is not extended once it expires before July 1, Energy Minister Alexander Novak said on Friday.

US crude exports have also risen, breaking through 3 million bpd for the first time earlier this year.

There also still remain concerns about the health of the global economy, especially should China and the United States fail to resolve their trade dispute soon.

"Global (trade) demand has weakened, and existing tariffs on Chinese goods shipments to the US are providing an additional drag," credit rating agency Moody's said on Monday, although it added that Chinese monetary stimulus measures would likely support growth over 2019.