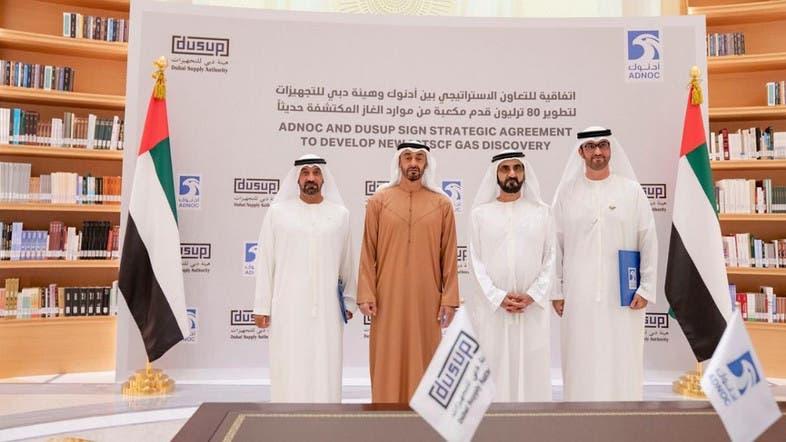 Abu Dhabi National Oil Company (ADNOC) and Dubai Supply Authority (DUSUP) have signed an agreement "to continue to explore and develop the shallow gas resources in this area in a joint project named ‘Jebel Ali’," ADNOC said in a statement.

The find was made within an area of 5,000 square kilometres between Abu Dhabi and Dubai, with ADNOC drilling more than 10 exploration and appraisal wells.

The gas produced will be supplied to DUSUP to support Dubai’s economic growth and enhance its energy security, according to the statement.

ADNOC, the top national energy company of the UAE, a key member of the Organization of the Petroleum Exporting Countries, produces about 3 million barrels of oil and 10.5 billion cubic feet of raw gas a day.

The country holds the seventh-largest proven reserves of natural gas in the world, at slightly more than 215 tscf, according to the US Department of Energy.

Last year, the UAE announced a rise in oil and gas reserves as well as new unconventional gas discoveries in the emirate of Abu Dhabi. That boost would move the UAE to sixth place in the global gas rankings with 273 tscf of conventional gas.

The UAE became a net gas importer in 2008 due to growing demand for power and as it needed gas to reinject into its oilfields to enhance crude production.