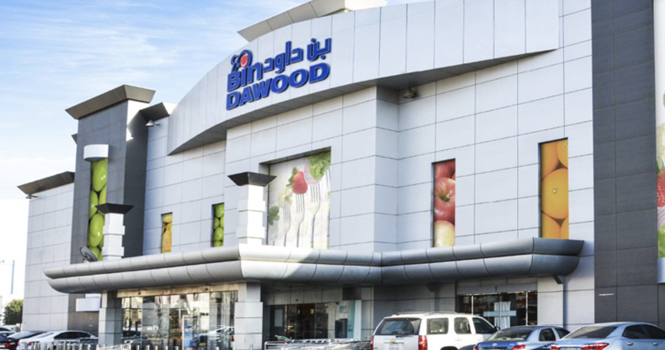 BinDawood Holding Co. will start trading on the Saudi Stock Exchange (Tadawul) today, Wednesday, Oct. 21, 2020, under the symbol 4161, with a 10% daily price fluctuation limit per share.

This is the third share listing on Tadawul this year, following the IPOs of Dr. Sulaiman Al Habib Medical Services Group in March and Amlak International for Real Estate Finance Co. in July.

BinDawood listing will bring the total number of Tadawul-listed companies to 185, excluding the 17 REITs.

The company offered 22.86 million shares, or 20% of capital, for public subscription at SAR 96 per share, with 90% of the offered shares allocated for institutions. The offering was 4,870% oversubscribed.

Allotment was set at a minimum of seven shares per retail subscriber as per the subscription application, while the remaining shares were allotted pro rata as per subscriber’s request to remaining shares. Allotment ratio amounted to 0.05964%.

Established on July 17, 2011, BinDawood Holding Co. is a Saudi joint stock company headquartered in Makkah. It is capitalized at SAR 1.143 billion, divided into 114.3 million shares.

The company carries out its main activities via stores, under the “BinDawood” and “Danube” brands, which include fast moving consumer goods, fresh foodstuff products and non-food products, including consumer goods. It also owns and operates bakeries in most of its stores.

BinDawood Superstores Company is capitalized at SAR 10.9 million and mainly operates in wholesale trade of foodstuff, electronics, clothes, perfumes, household items, and cosmetics. In addition, the company purchases and rents land plots and constructs buildings to lease or sell.

Danube Co. for Foodstuffs & Commodities is capitalized at SAR 2.5 million and main activities include wholesale and retail trade of foodstuff, household items, plants and perfumes. The company also operates restaurants and offers import, export and marketing services for other parties.

Danube Star Company for Bakery and Marketing operates with SAR 1.5 million in capital and is specialized in running restaurants and bakeries.

The company plans to open new stores in the Kingdom, focusing on boosting its footprint in the Western, Eastern and Central Provinces.

Furthermore, it also seeks to raise the number of stores that offer online shopping to 50 by 2020-end.

The company plans to open a new store in Jeddah, taking the tally of newly-opening stores in 2020 to five. It also plans to open four “Express” stores at Makkah Haramain High Speed Railway stations during the second half of 2021.

Akasiya Star Trading Company Ltd. is the largest shareholder with a 67.57% stake.