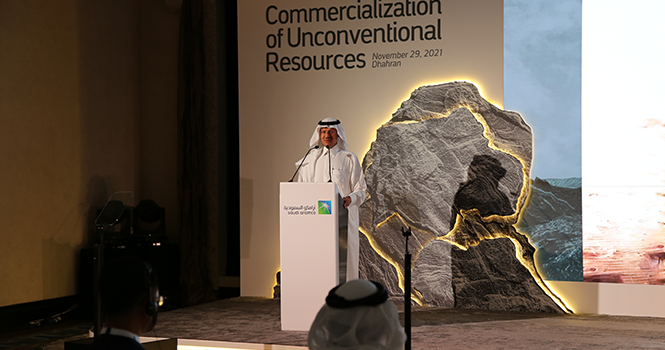 Minister of Energy Prince Abdulaziz bin Salman said the cost of Jafurah field project will not exceed SAR 5-6 billion, most of which will be from investments.

In his speech during the launch of the phases of commercial development of unconventional resources at Jafurah field, the minister said this is an investment project, indicating that Saudi Aramco is the developer and project manager, while the state is a partner and investor.

The concept of energy mix was reconsidered in a holistic way, and the new approach will include benefiting from gas, which will be developed in a sustainable manner.

All the central regions in the Kingdom, including industrial cities and factories, will receive gas through sub-pipelines, the minister concluded.

Amin Nasser, President and CEO of Saudi Aramco, announced today, Nov. 29, the commercial feasibility of major unconventional resources in the Kingdom, as well as the launch of Aramco's master gas system expansion (MGSE) project, according to data compiled with Argaam.