SVCP to partly shutdown some plants on high inventory 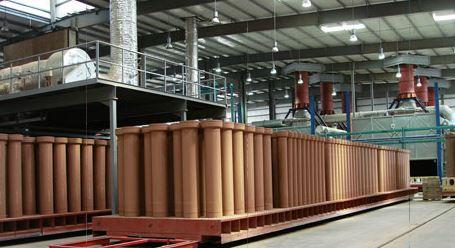 Saudi Vitrified Clay Pipes Co. (SVCP) said it will start a partial shutdown of some furnaces on Wednesday due to an inventory overhang as a result of the slowdown in sanitation projects within the Kingdom during 2017.

The company will cut its planned production of 120,000 tons in 2017 by 35-40 percent, according to the company’s statement on Tadawul.

SVCP said that it will be able to meet its supply commitments to all clients and will resume full capacity production when there is more activity in infrastructure projects.

The financial impact of this decision will be felt starting from Q4 2017.

In August, the Saudi producer of clay pipes decided to partially shut some furnaces at Riyadh plants to reduce operational costs.