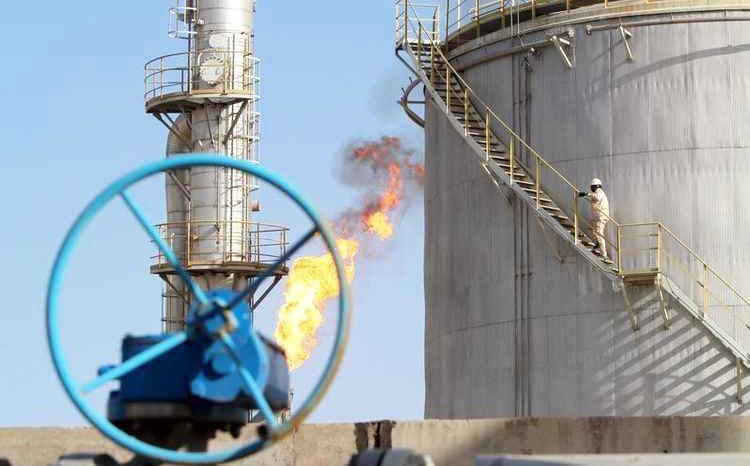 U.S. West Texas Intermediate (WTI) futures rose 30 cents, or 0.5 percent, to $61.89 a barrel, after earlier rising above $62 for the first time since early November.

Positive data from the world's biggest economies, the United States and China bolstered prices, with China's manufacturing sector unexpectedly returning to growth for the first time in four months during March, figures showed on Monday.

"China's PMI number was the most significant monthly increase since 2012, which should ease concerns around a potential threat to oil demand," said Stephen Innes, head of trading and market strategy at SPI Asset Management.

The Caixin/Markit Manufacturing Purchasing Managers' Index (PMI) expanded at the strongest pace in eight months in March, the figures showed.

"PMI is such a driver of commodity prices I do think the markets will swing to the demand side of the equation as that element is so underpriced," Innes said.

On the supply side, the U.S. government is considering additional sanctions against Iran that would target areas of its economy that have not been hit before, a senior Trump administration official told reporters on Monday.

The official also suggested that the U.S. may not extend waivers from sanctions on Iranian oil exports to a group of eight importers that expire next month.

"That, I think, is where we're headed," the official said.

Venezuela's Jose crude export terminal has halted operations due to a lack of electricity supply, two sources with knowledge of the situation said, after restarting on Friday following a prolonged blackout.

Production cuts from the Organization of the Petroleum Exporting Countries (OPEC) helped push the group's supply to a four-year low in March, a Reuters survey found.