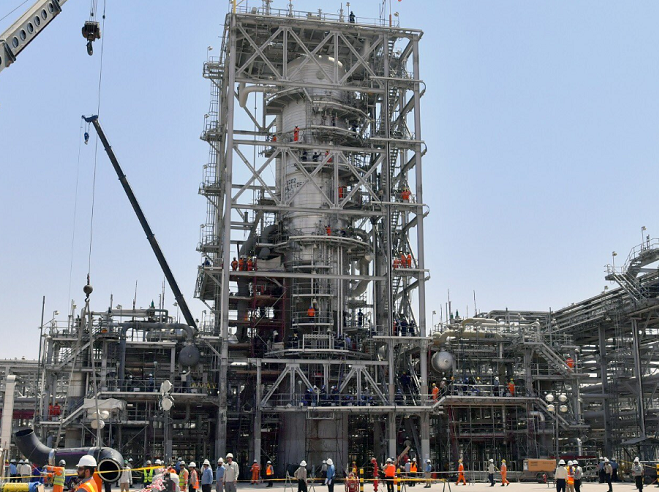 Repair works at the Khurais facility of Saudi Aramco are currently underway, Saudi Press Agency reported as it posted photos of the site.

Fire had broken out on Sept. 14 at the two Aramco facilities at Abqaiq and Hijrat Khurais after they were targeted by drones.

Last week, Energy Minister Prince Abdulaziz bin Salman said that after a temporary production halt, Saudi Arabia’s oil supplies have returned to their normal levels prior to the attack.

Over 80 global and domestic media representatives visited Saudi Aramco facilities in Abqaiq and Hijrat Khurais and saw the firm’s efforts to repair the damage in record time.

The tour enabled Saudi Aramco to brief the media delegation on its rapid response and resilience in the face of the attacks which shows its preparedness in terms of crisis and emergency management plan.

The oil giant was also able to ensure that not a single shipment to its international customers has been missed or canceled as a result of the attacks, and the company will continue to fulfil its mission of providing the energy the Kingdom and the world needs.