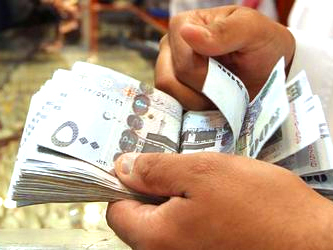 Saudi Arabia, hit by low oil prices, plans to slash spending in 2016 by 14 percent to SAR 840 billion, the finance ministry said on Monday.

Next year’s spending will be cut by SAR 135 billion, compared with expenditures in 2015. The kingdom is expecting to post a SAR 326 billion deficit, as revenues are estimated to reach SAR 514 billion.

A contingency fund of SAR 183 billion has been factored into the budget in order to cushion against the loss of oil income. The sum will enable the government to re-allocate funds for infrastructure project in accordance with priorities.

In 2015, it posted a record budget deficit of SAR 367 billion, as the government increased spending on wages and the military, the ministry added.

The kingdom used SAR 20 billion, or 17 percent of unplanned spending, on military and security related issues, while the remaining SAR 7 billion were used to cover varies expenses and other projects, the ministry added.

The finance ministry on Monday said it planned to finance next year’s expected deficit through local and international borrowing, among other options. However, it will make sure it does not affect cash liquidity in Saudi banks so that they could maintain lending the private sector.