Here's a look at Saudi Arabia’s potential investments in Russia 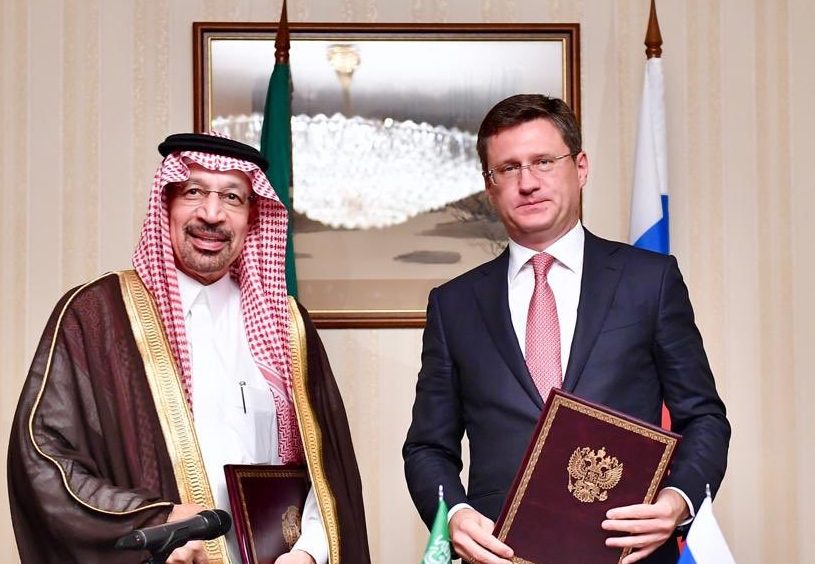 Saudi Arabia's high-level delegation visit to Russia, led by Energy Minister Khalid Al-Falih, has set a new tone for joint commercial initiatives and investments across various sectors in both countries.

Since the first meeting between Crown Prince Mohammed bin Salman and Russian President Vladimir Putin during SPIEF 2015, the two nations have shared the vision of “win-win” cooperation.

In an interview with Russian news agency TASS, Al-Falih disclosed the Kingdom’s plans to invest in several blue-chip Russian firms and welcomed Russian investment in the country.

In Moscow, the Saudi energy minister met Alexander Novak, his counterpart from Russia, to discuss cooperation between OPEC and non-bloc members to gain their support for extension of the existing oil production cut agreement.

OPEC+ members, which include Russia, have reduced their oil output by 1.2 million barrels per day since the start of the year to prop up prices.

Oil prices have surged 35 percent in the first four months of 2019 after OPEC reined in production and US sanctions on Iran and Venezuela. However, the global trade tensions and slowing world growth are weighing on the price of oil, which currently is in the low $60.

While Russia is yet to commit to the extension of the curb deal, Russia's Tass news agency quoted Al-Falih as saying: "If oil-producing countries are destabilized, it will also impact the stability of the rest of the world. So, I am confident that ultimately wisdom will prevail and we will amicably resolve both our political as well as trade issues."

Here is the list of Saudi Arabia's tentative investment plans:

1) Saudi Aramco is willing to sign an agreement with Novatek on Arctic LNG 2.

2) The state-owned oil giant has expressed interest in entering into long-term energy agreements with Rosneft, Lukoil and Gazprom Neft.

3) The Kingdom plans to invest in projects of Russian petrochemical company Sibur or even take up equity in the firm.