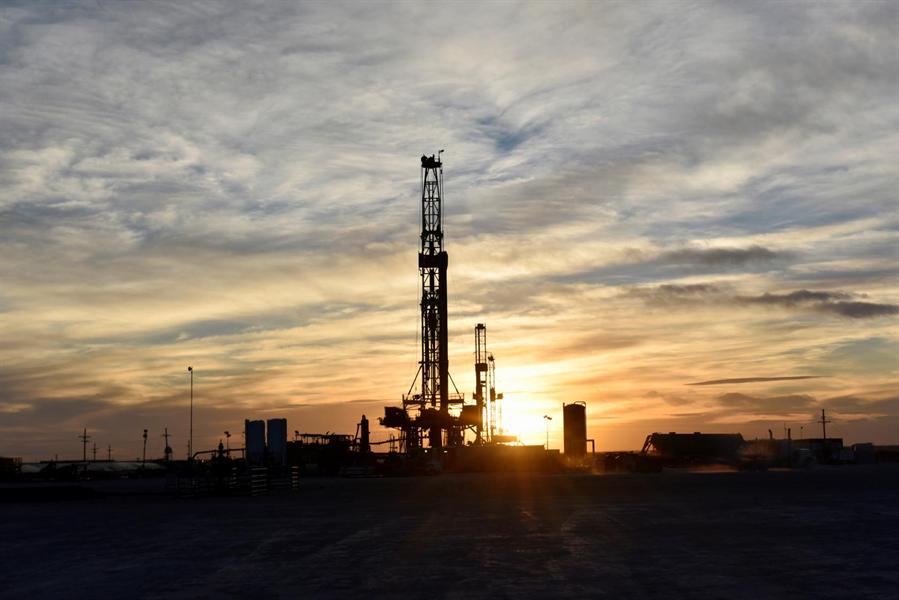 Oil prices fell on Wednesday on disappointing economic data from China and a rise in U.S. crude inventories, erasing some of the sharp gains in the previous session on signs of an easing in Sino-U.S. trade tensions.

China reported a raft of unexpectedly weak July data, including a surprise drop in industrial output growth to a more than 17-year low, underlining widening economic cracks as the trade war with the United States intensifies.

"Deteriorating China industrial output and consumer spending suggest the fundamental picture isn't great and the demand for energy may be under the pressure," said Margaret Yang, market analyst at CMC Markets.

"The moves in oil were so outsized overnight, that some profit taking in Asia was logical," said Jeffrey Halley, senior market analyst, Asia Pacific at OANDA.

Benchmark crude prices surged on Tuesday after U.S. President Donald Trump backed off his Sept. 1 deadline for 10 percent tariffs on some products affecting about half of the $300 billion target list of Chinese goods.

But with about $110 billion worth of Chinese imports still subject to the tariffs increase next month, the delay will not solve the core issues between the U.S. and China, said Yang.

"Markets will perhaps soon come down to earth and face the reality of a world of elevated trade tariffs, slower growth and policy inconsistency."

Markets have been pummelled in recent weeks amid tough talk from Trump on trade.

China's commerce ministry said in a statement on Tuesday that U.S. and Chinese trade officials spoke on the phone and agreed to talk again within two weeks.

Crude inventories increased by 3.7 million barrels to 443 million, compared with analyst expectations for a decrease of 2.8 million barrels, the API said.