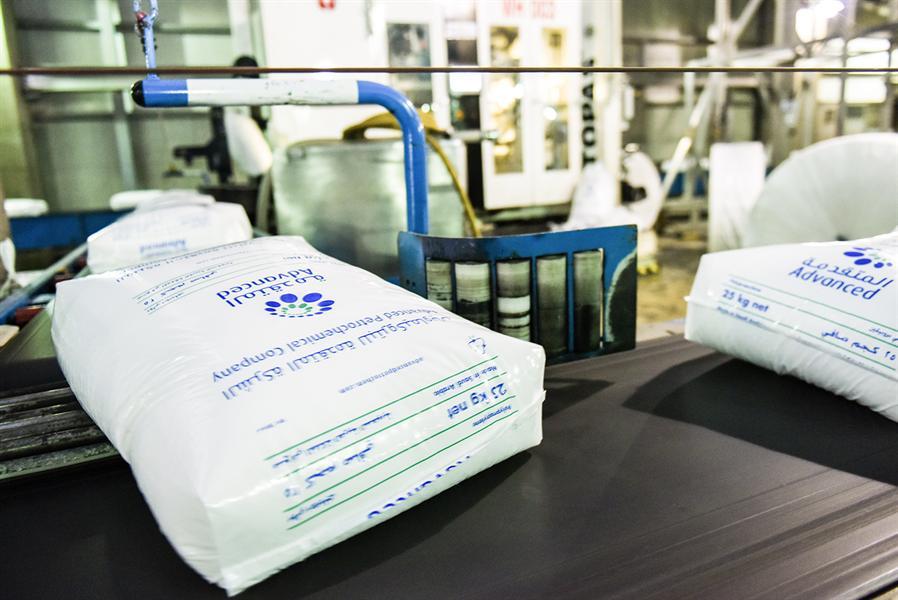 Advanced Petrochemical Co. reported net profit of SAR 213 million in Q3 2019, which came in line with Aljazira Capital’s forecasts of SAR 210.5 million, but exceeded the analysts’ expectations of SAR 180.8 million, Aljazira Cap. said in a note.

Strong gross margin was supported by a fall in feedstock prices, the brokerage said, recommending a “Neutral” on the stock with a target price of SAR 52.75.

The company’s revenue stood at SAR 647 million, below SAR 681 million recorded in Q2 2019 due to a decline in average selling prices of PP by 6.0 percent quarter-on-quarter (QoQ).

However, the company’s sales came above estimates of SAR 616 million, which can be ascribed to better than expected volumetric sales and inventory utilization after the reduction in feedstock supply from Saudi Aramco.

“We believe that the company’s revenue in Q4 2019 is likely to stabilize at current level, given the recent high operating rate and expected stability in PP prices,” it added.

However, the company’s strong gross margin is not likely to continue due to our expectation of higher feedstock prices. Strong contribution from SK Advanced Petrochemical (hold 28.5 percent stake in the project) is expected to continue in the coming quarters, given the higher operating rate, margin expansion and expected slight improvement in propylene prices, Aljazira Cap added.

“For Q4 2019, we expect the company to continue operating above 130 percent, driven by improved efficiency after plant maintenance, it added.

Aljazira Cap also said that te progress on the new expansion plan will be the key catalyst for the future performance, adding that FY 2019 DPS is estimated to stand at SAR 2.80 per share, resulting in attractive dividends yield of 5.9 percent at current prices.