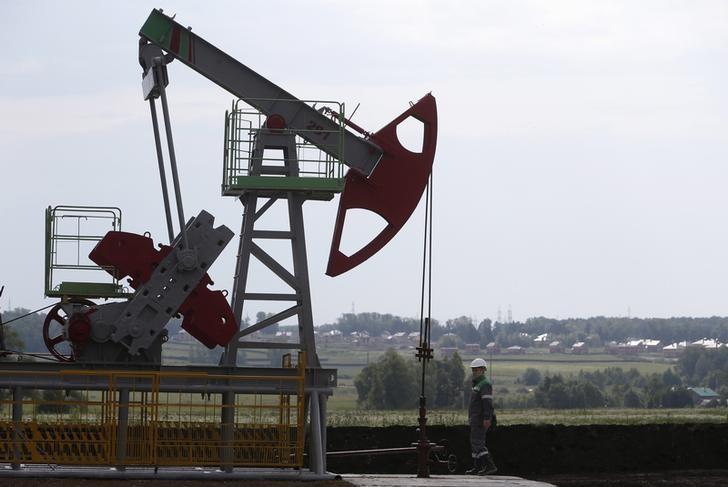 Oil prices rose on Wednesday ahead of a meeting of OPEC and its allies to discuss whether to extend production curbs to support the market, while industry data showing that U.S. crude stockpiles fell more than expected helped to lift prices.

The Organization of the Petroleum Exporting Countries (OPEC) and allies that include Russia - a group known as OPEC+ - are preparing to approve deeper crude output cuts this week, when they meet in Vienna, according to Iraq, the group's second-biggest producer.

Thamer Ghadhban, the oil minister of Iraq, told reporters on Tuesday in Vienna that "a deeper cut is being preferred by a number of key members".

There is still some skepticism in the market over whether OPEC will cut output further, however, with many analysts expecting only an extension of existing cuts.

"We think OPEC could announce an extension to supply cuts to cover the whole of 2020 rather than the three to six months the market is currently factoring in," BNP Paribas Markets said in a note.

An extension "with an option to review policy at the next meeting, would send a strong message of commitment by signatories of the Declaration of Cooperation," the BNP Paribas analysts said.

OPEC members meet on Thursday and then on Friday the OPEC+ group meets. OPEC+ has been curbing supply since 2017 and is expected to keep the cuts in place to balance out record production in the United States.

Crude oil inventories in the US fell by more than expected last week, according to the industry group American Petroleum Institute (API). Stockpiles of crude oil fell by 3.7 million barrels, more than double expectations of a decline of 1.7 million barrels.