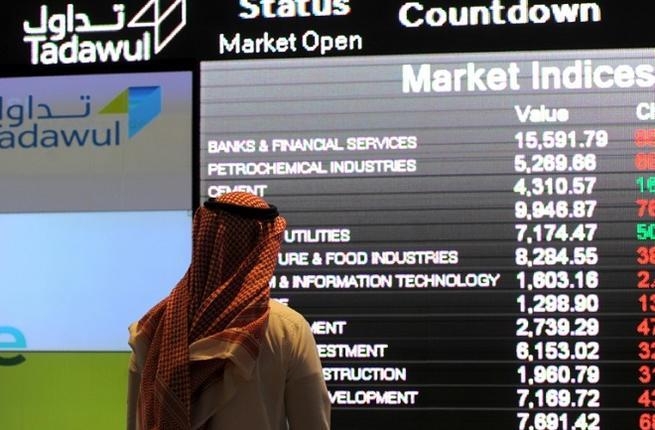 The Saudi Stock Exchange (Tadawul), the largest bourse in the Middle East and Africa (MEA) region in terms of market capitalization, will launch on Aug. 30, 2020 its first exchange-traded derivatives product -- the MSCI Tadawul 30 (MT30) Index Futures, marking the beginning of derivatives trading in the Kingdom.

The launch of MT30 Index Futures, based on the MSCI Tadawul 30 Index, is seen by fund managers, brokers and analysts as a critical step in the development of capital markets in the GCC region, apart from signaling that a new era of Tadawul will start.

This is mainly because of two reasons. One, derivatives and more sophisticated financial instruments are still in their infancy in the Middle East region, as till now only Kuwait Stock Exchange (on a limited scale) and UAE’s Nasdaq Dubai allowed derivatives trading in the GCC region.

Second, foreign investors are already allowed to invest in Saudi stocks through a derivatives product called swap agreements. But since swaps are over-the-counter (OTC) instruments and are not traded on a regulated exchange, the launch of the first exchange-traded derivatives product by Tadawul could be a game changer for the Saudi capital markets that could well spill over to its neighboring GCC capital markets.

For one, in regional terms Tadawul has virtually no close rivals. According to statistics from the World Federation of Exchanges (WFE), by the end of June 2020 the market capitalization of Tadawul stood close to $2.2 trillion, by far the largest in the entire MEA region, and behind only the LSE Group and Euronext exchanges across Europe, Africa and the Middle East.

Naturally, for a market with such large size, the launch of an alternative investment product such as derivatives comes as the next logical step towards a more advanced capital market.

“The launch of index futures is the natural progression of the Saudi market,” Mohamad Hawa, Head of Institutional Clients Group for Saudi Arabia at Deutsche Securities Saudi Arabia, told Argaam, adding the inclusion of such complex financial instrument is a key step for the development of the market which will also have its effect on the region.

Exchange-traded derivatives trading will provide investors with the much-needed hedging tools to more effectively manage risks in Saudi market, as derivatives allow investors to take both short and long positions.

“The problem of minimal free float for stocks in the region, a focus on a few large-cap stocks and illiquidity in other fundamentally strong stocks are some of the issues that continue to affect stock market performance in the region. This is also one of the key issues with the Saudi market and the launch of exchange-traded derivatives is one of the important ways to deal with it,” Junaid Ansari, VP-Investment Strategy & Research, KAMCO Investment Co., said.

Moreover, he added, along with adding liquidity to the market, the derivatives launch would also deepen the breadth of products offered.

The launch of a distinct asset class such as exchange-traded derivatives follows years of reforms introduced by Tadawul and the Capital Market Authority (CMA) as the Kingdom opens up to more investment opportunities for overseas investors.

The Kingdom’s stocks have been attracting more foreign fund inflows since the market was included in key global indices such as the FTSE Russell Emerging All Cap Index, S&P DJI indices and the MSCI Emerging Markets Index.

Greater participation of institutional investors will play a bigger role in ensuring long-term market stability and liquidity, since, at present, the stock investors’ profile in the Kingdom, and across the Arabian Gulf, is retail-dominated which often leads to volatility in the markets.

Ehsan Khoman, Head of MENA Research and Strategy MUFG, said, “Given the structural makeup of in the Saudi Stock Exchange being tilted towards more retail-based activity, the scale and scope of the practical effects remains to be seen in the months ahead.”

As an indicator of its inherent strength, Tadawul’s performance in the last six months has been much better compared to its emerging market peers, despite a bearish crude oil market and investment challenges arising due to COVID-19.

As institutional investors place bets on the longer-term economic outlook and with Saudi Arabia introducing a number of capital market reforms and the number of qualified foreign investors (QFIs) rising over the last few years, this augurs well for the Kingdom’s stock market.

“The launch of derivatives will help investors to hedge their positions and protect their equity, especially for those who have already invested in MSCI Saudi Arabia Standard Index. This in turn will help in increasing overall trading volumes. The launch of options in the coming years will make Saudi Arabia a trailblazer in the Middle East,” said Arun Leslie John, Chief Market Analyst, Century Financial.

The better performance of Saudi stocks so far this year not only underlines the strong investor confidence, but it is also a good sign for the development of the market forward as Tadawul has plans to roll out more derivatives products such as Single Stock Futures, Single Stock Options, and Index Options.

The launch of MT30 Index Futures Contract is expected to have region-wide ramifications and fund managers expect other exchanges to adopt the approach gradually. Also, the launch of the exchange-traded derivatives in Saudi Arabia is expected to trigger greater reforms, new product launches, and actions by other markets in the region to attract regional and international capital.

George Hanna, CIO and Portfolio Manager, AD Investment Management Ltd, part of Invest AD, asserted, “The building of an adequate infrastructure including the technology and regulations is a welcome and a necessary prerequisite for the success of such a product. But the success will ultimately be a function of its adoption.”