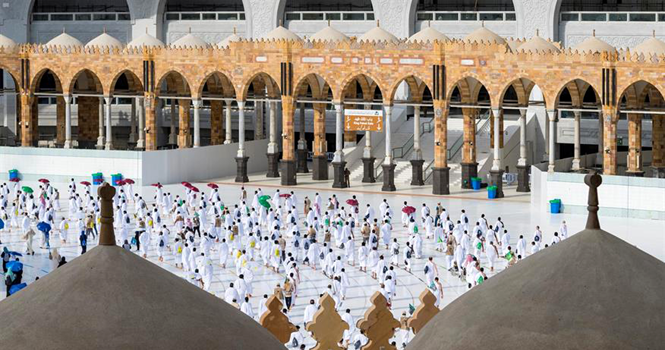 The Ministry of Hajj and Umrah has other alternatives for those desiring to perform Umrah, in case of the failure of Eatmarna application due to high traffic, Al-Ekhbariya TV reported, citing the Minister of Hajj and Umrah Muhammad Saleh Benten.

The Eatmarna application underwent many stages of development and was examined and confirmed by several parties, including the Saudi Data and Artificial Intelligence Authority (SDAIA) and the National Cyber Security Authority (NCA).

Benten indicated that the application contains information on all those infected with COVID-19 and their contacts.

The minister affirmed that there is no conflict between the 30 entities working with the Ministry of Hajj and Umrah to serve pilgrims from the time they enter the country until their return, as each of them has a specific task.

Meanwhile, the Ministry of Health will determine the countries that are allowed to send their citizens to perform Umrah at a later time, he noted.

Benten also explained that the Supreme Hajj Committee coordinates between all the entities, and that the Ministry is responsible for the pilgrim and the services. In case a pilgrim needs anything from another entity, it will be directed through the Supreme Committee.