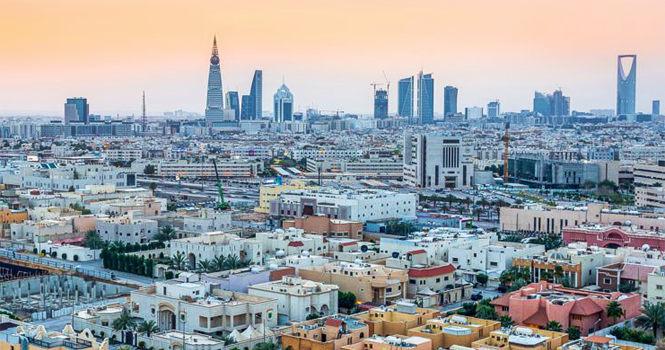 The number of the real estate transactions in September-October stood at around 20,000, down from nearly 30,600 a year earlier. The number of properties sold also retreated to 20,900. 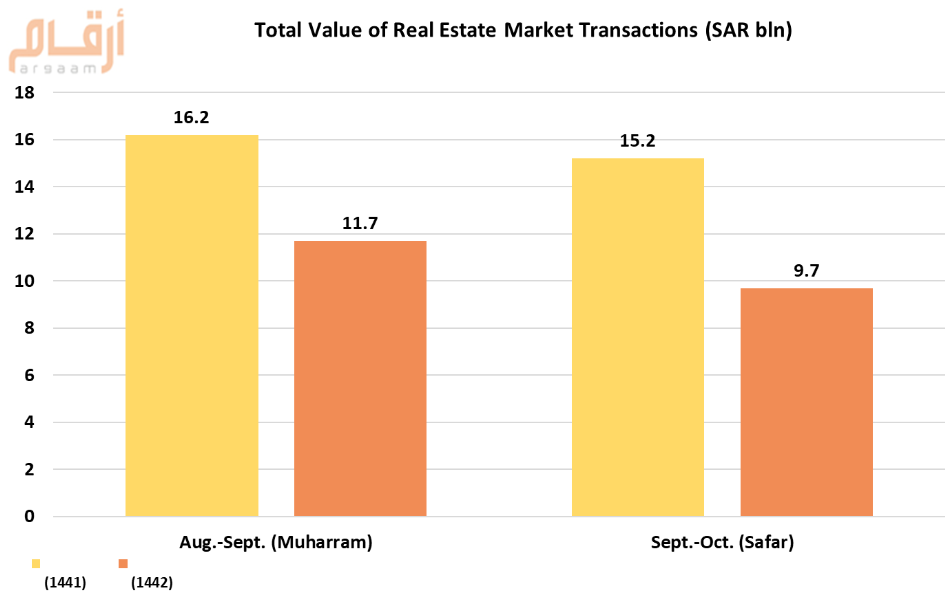 Residential deals slumped 45% YoY to SAR 6.78 billion, and similarly, the value of the commercial deals declined by 8% YoY to SAR 2.37 billion. The agricultural deals were valued at nearly SAR 559.1 million last month.

Land sale transactions accounted for nearly 92%, or SAR 8.97 billion, of the total realty deals in September-October 2020, followed by the agricultural land sales with a value of SAR 327.9 million. 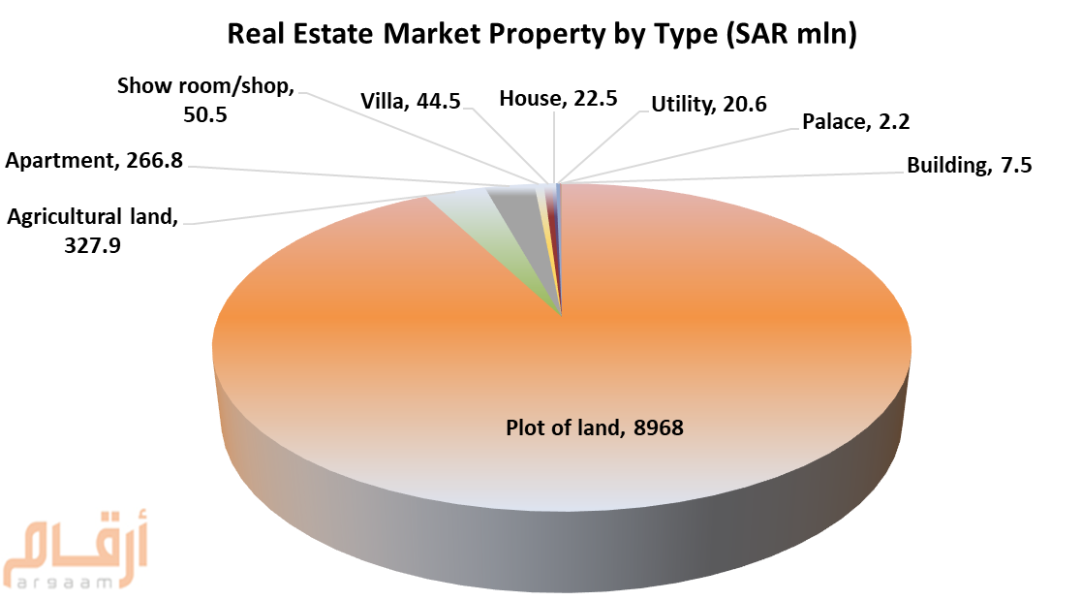 Riyadh saw the largest number of real estate deals at SAR 3.26 billion. It was followed by Jeddah with SAR 1.98 billion worth of deals.