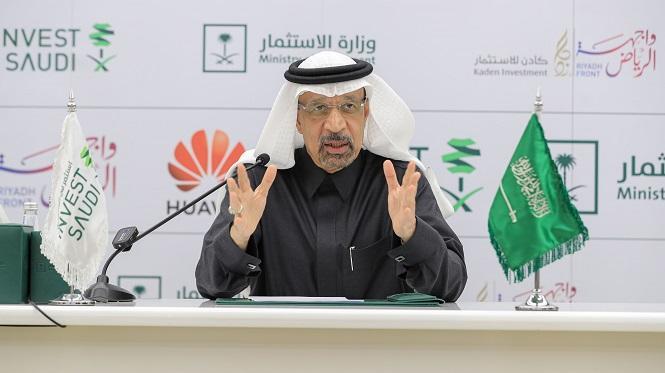 Saudi Arabia is aiming to attract qualitative, value-added investments in the fields of energy, technology, vital industries, artificial intelligence (AI), tourism and entertainment, according to Minister of Investment Khalid Al-Falih.

The move will contribute to localizing technology, creating job opportunities, transferring knowledge and expertise, as well as supporting innovation and empowering entrepreneurs and small and medium-sized enterprises (SMEs), Al-Falih said in a press release.

The Kingdom has a strong economy and a vital market that depends on several factors, mainly young talent, he noted while attending the agreement signing ceremony between Huawei and Saudi Arabia's Caden Investment Co. to open the largest Huawei flagship store in Riyadh.

Communications and information technology is one of the growing investment sectors, as the number of internet users in the Kingdom reached 30 million, and will likely account for 82.6% of the total Saudi population by 2022 compared to 73.2% in 2017, Al-Falih concluded.