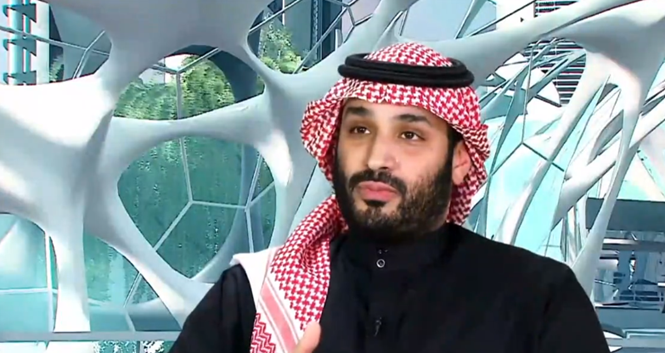 “We are going to announce the final strategy for Riyadh soon,” he said, stating, “Our target is to have Riyadh become one of the top ten largest city economies in the world.”

Riyadh has special features, as it represents 50% of the Kingdom’s non-oil economy, the Crown Prince said.

Moreover, the cost of creating jobs in Riyadh is 30% less compared to any other city in the Kingdom, while the cost of infrastructure development is 29% lower than other Saudi cities, he added.

“Our target also is to increase its population from 7.5 million today to around 15 to 20 million in 2030,” Prince Mohammed noted.

With cities representing 85% of global economy, ‘’true growth begins in the city, whether in terms of industry, innovation, education, services, or other sectors,’’ he said.

“I have no doubt that the world economies are not based on nations, but on cities,” he added.
In addition, Saudi Arabia plans for a "Green Riyadh" program, which will entail planting millions of trees in the city to reduce temperatures and dust levels.

There are also plans to improve the environment of the city and the province, as well as to support other environment projects in the Kingdom, which will be announced at a later date, the Crown Prince noted.

"We’re focusing on population growth in two key cities, Riyadh and NEOM. In other cities, we aim to raise the quality of life, seize tourism opportunities, natural resources, and improving services,” he concluded.