Pagano expects assets consolidation of TRSDC, Amaala in REIT fund, to be listed on Tadawul by 2025 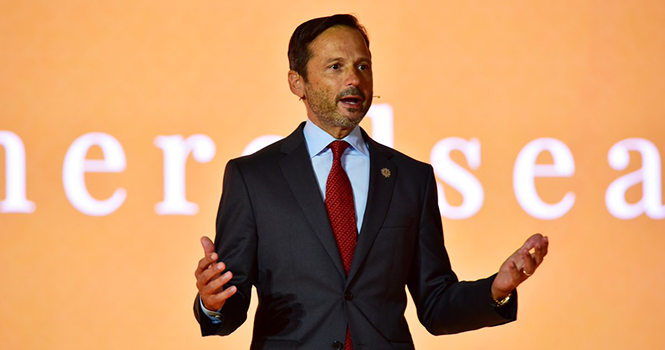 John Pagano, Chief Executive Officer (CEO) of The Red Sea Development Co. (TRSDC) and Amaala, said that once the projects are finalized, their assets could be aggregated into a real estate investment trust (REIT) fund, backed by hotels and potentially listed on the Saudi Exchange (Tadawul), to attract a wide pool of investors.

The CEO further added that this might take place in 2024 or 2025, indicating the need to open hotels, begin work, and achieve reasonable stability to obtain appropriate liquidity.

With regards to Amaala’s funding, he said that Saudi Arabia plans to raise up to SAR 10 billion ($2.67 billion) next year for the project. The company will come to the market, probably sometime next year, for financing the first phase of the project.

The financing will be for the construction of nine hotels in the first phase, which are expected to open in 2024.

Recently, Pagano announced that TRSDC will acquire Amaala, according to data compiled by Argaam.

In February, he stated that Amaala's strategy is similar to that of the Red Sea project, which are 200 kilometers apart, and will jointly include 11,000 hotel rooms. Saudi Arabia aspires to provide a variety of options to international tourists to explore through these projects.

In February 2019, TRSDC announced the beginning of construction work in the initial phase, with the first phase of the project comprising 16 hotels, including 14 sea resorts and two resorts in mountain and desert areas. This will provide 3,000 hotel rooms in five islands, entertainment facilities, with an international airport and a required infrastructure with logistics facilities and services.

With the completion of all phases of the project, 22 of the more than 90 islands will be developed, more than 70,000 jobs will be created, and will play an important role in driving the Kingdom's economic diversification by attracting about one million tourists annually and contributing SAR 22 billion to the Kingdom's GDP.

In September 2018, the Public Investment Fund (PIF) launched Amaala as a luxury tourist destination on the Red Sea coast, expected to be completed by 2028.