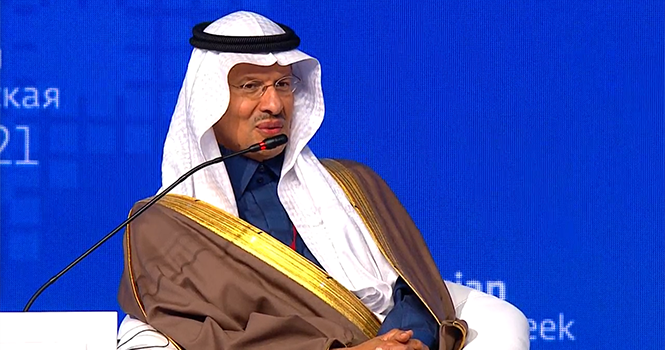 Saudi Arabia has made a progress in the planned energy mix transition, said Energy Minister Prince Abdulaziz bin Salman, adding the Kingdom will become an ideal energy source by 2030.

The Kingdom will be the most energy efficient. "By 2030, Saudi Arabia will deliver exemplary results in terms of reducing carbon emissions," Prince Abdulaziz added on the sidelines of the Russian Energy Week.