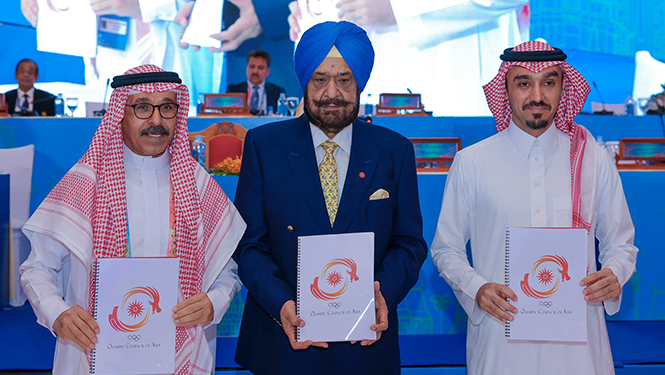 Saudi officials at the signing ceremony

The Olympic Council of Asia stated that Saudi Arabia won a bid to host the 2029 Asian Winter Games at TROJENA in NEOM mega project.

The vote came unanimously on the bid made by Abdulaziz bin Turki Al-Faisal, Minister of Sports and President of the Saudi Olympic and Paralympic Committee, during the council’s general meeting.

Meanwhile, Nazmi Al-Nasr, CEO of NEOM, said TROJENA infrastructure will be suitable to embrace these games and make them an unprecedented global event.