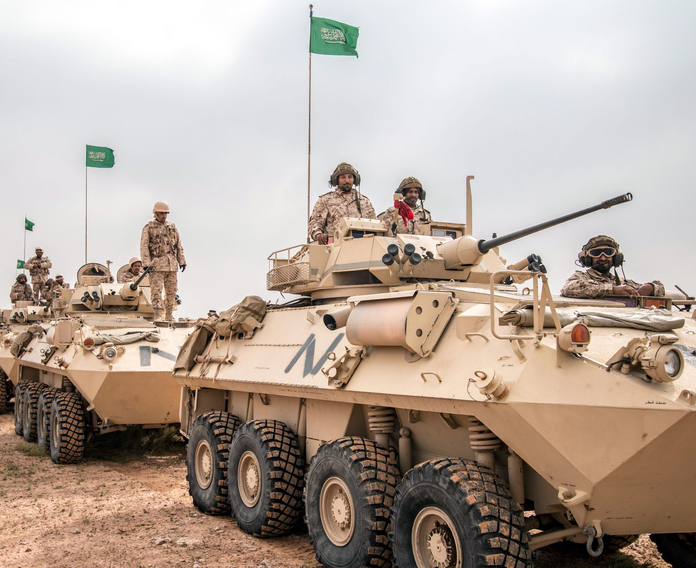 Saudi Arabia’s military spending in 2015 stood at an estimated $87.2 billion, third in the world and ahead of Russia, according to the latest report from Stockholm International Peace Research Institute (SIPRI), which tracks arms expenditure around the world.

The country’s spending doubled between 2006 and 2015, the report said. “However, its military expenditure figures are uncertain, as only the initial budget for ‘defence and security’ has been published,” it added.

Saudi Arabia’s expenditure would have declined, SIPRI said, if it was not for the “additional $5.3 billion cost of its military intervention in Yemen.”

Global military spending reached almost $1.7 trillion in 2015, marking a year-on-year increase for the first time since 2011.

Pointing to the impact of global oil prices on arms sales in general, the report forecast decline in military spending in 2016, as crude prices continue to slide.

“The fall in oil prices has led to a reduction in the defense and security budget for 2016, although provision for substantial ‘budget support’ has been made to allow flexibility in the overall budget; some of this support may be used for military spending,” the report said of Saudi Arabia.

“Iran’s military expenditure decreased by 30 percent between 2006 and 2015, with spending in 2015 standing at $10.3 billion,” the report said. “The lifting of EU (and some US sanctions) in January 2016 is expected to boost the Iranian economy and may lead to a rise in military expenditure.”