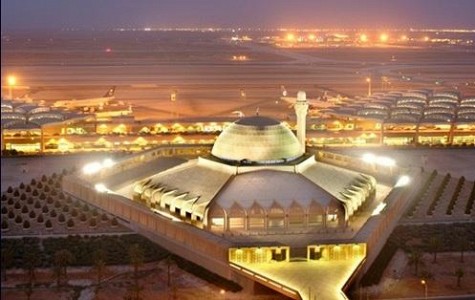 The terminal will begin trial operations in May before all phases would become operational by mid-June, he added.

Spread over 106,000 square meters (sqm), Terminal 5 can accommodate seven wide-bodied or 16 medium-sized aircraft at a time. It has an annual capacity of 12 million passengers, and includes 60 luggage check-in counters, 20 self-service counters and eight travel gates.

In February, GACA signed a multi-million euro contract with Ireland’s Dublin Airport Authority to manage and operate the new terminal facility at KKIA.