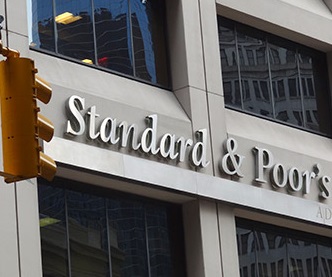 S&P Global Ratings on Tuesday affirmed the long- and short-term counterparty credit ratings on The Saudi Investment Bank (SAIB) at BBB/A-2, while maintaining a “stable” outlook.

The stable outlook reflected the rating agency’s expectation that SAIB's business and financial profiles will remain broadly unchanged over the next two years.

“The bank's earnings generation capacity and capital buffer are now relatively on par with those of peers with similar stand-alone credit profiles. We have, therefore, removed the notch of additional adjustment we previously incorporated in the long-term rating,” the report said.

The ratings also reflect bank-specific factors, such as SAIB’s business position, which S&P views as “moderate.”

“Our assessment of SAIB's capital and earnings as strong reflects our anticipation that our risk-adjusted capital (RAC) ratio for the bank, before adjustments, will stabilize at 10.5 percent to 11 percent over the next 18 to 24 months,” S&P said.

The bank's internal capital generation was marked as modest by the rating agency.

S&P expects SAIB to issue more Tier 1 sukuk in 2017 in order to bolster its capital position.

“While we expect some deterioration of asset quality indicators over the next 18-24 months, we think the impact on the bank's financial profile would be manageable,” S&P said.

S&P would consider a downgrade SAIB if the bank's asset quality indicators weakened significantly, or capitalization deteriorated, with the RAC ratio dropping below 10 percent.

An upgrade could be triggered by a combination of improvement in SAIB's business position and resilience of asset quality, profitability, and capitalization, the agency said.