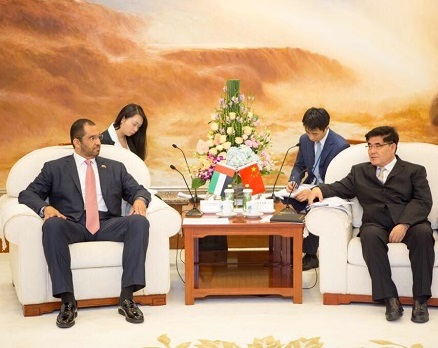 Al Jaber, who is also the UAE Minister of State, said that Chinese and Japanese companies “have been amongst our most important and longest-standing partners and Asia represents tremendous growth opportunities for ADNOC.”

In a statement, the oil company said the move, which builds on ADNOC’s new initiative that looks to maximize value and drive growth, comes at a time when global economic growth is shifting to Asia and driving increased demand for energy products.

During his recent visit to Asia Al Jaber met with Japanese Minister Shinzo Abe as well as other senior Japanese and Chinese officials.