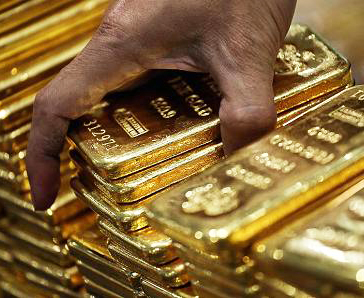 Gold will continue to outperform oil next year, with crude expected to make a comeback in 2019 as a deficit in the global oil market will likely drive stronger price gains in West Texas Intermediate (WTI) crude, BMI Research said in a recent commodities update.

“Based on our forecasts, gold prices will rise by 8 percent year-on-year (YoY) on an annual average basis, compared to a 2 percent rise in WTI crude,” the report said.

“Given our assumed trading ranges for the year, the ratio could peak at up to 33, which although still below the 2016 high of 36.7, would still represent a trough-to-peak gain of 54 percent,” it added.

BMI Research, which is a Fitch Group company, forecast only subdued price gains for oil over the coming months. The agency estimates an average WTI price of $52 per barrel (bbl) in 2018, compared to $51/bbl in 2017.

The less positive outlook, BMI said, is based on its global supply and demand balance, which shows the crude oil market slipping back into surplus next year.

“On the supply side, drivers include the large pipeline of new projects due to come on-stream, the return of cut OPEC barrels to market and continued growth in US shale production,” the report said.

The agency said it is “generally bullish” on emerging market demand, but expects a slowdown in China. Developed market demand is also seen weakening, it added.

For gold, BMI forecast an average of $1,350/oz in 2018 compared to $1,250/oz in 2017. “In large part, this is due to our relatively bearish outlook on the US economy, where we see slow progress on tax reforms and fiscal stimulus and wide-ranging trade renegotiations hampering growth,” the report said.

The slowdown in US economy will restrain the US Federal Reserve's rating-hiking cycle, keeping in check the US real interest rates. The stagnant real yields, in turn, will boost gold prices, the agency said.

In 2019, price outlooks on gold and oil suggest the ratio will head lower, led by stronger increase in WTI, which BMI forecast to rise by 11.5 percent YoY on an annual average basis. In comparison, gold is estimated to see a 3.7 percent rise.

While gold’s growth will be driven by rising inflation, the fundamentals for oil are more bullish, BMI Research said.

“The collapse of investment over 2015-2017 will lead to sharply lower supply growth from 2019, after the legacy projects pipeline is exhausted. This, combined with robust demand growth among most major EMs, will lead to a substantial deficit forming in the market,” it said.