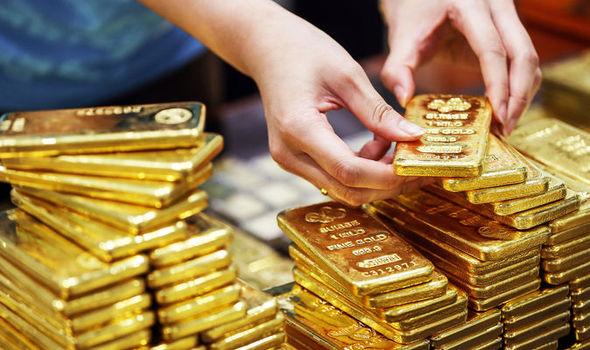 Gold prices continued to edge lower on Monday, as the US dollar strengthened against other currencies, supported by robust economic indicators and prospects of further rate hikes from the Federal Reserve.

US consumer prices rose in the year to May, with a measure of underlying inflation hitting the Fed’s target of 2 percent for the first time in six years.

“June was a cruel trading month for Gold thanks to a broadly stronger US Dollar,” Lukman Otunuga, research analyst at FXTM, said in a note.

“The driving force behind the yellow metal’s weakness continues to be based around a broadly stronger dollar. With the Greenback supported by expectations of higher US interest rates this year, zero-yielding gold is poised for further punishment. Market players may exploit the current technical rebound to push prices lower,” he added.

According to FXTM, gold remains bearish on the daily and weekly charts, and sustained weakness below $1250 could encourage a decline towards $1241.

Going forward, a lot of negative news appears to have been factored into gold prices, UAE-based Century Financial Brokers said on Monday.

“Seasonally, the next three months are the best for bullions,” the brokerage added.