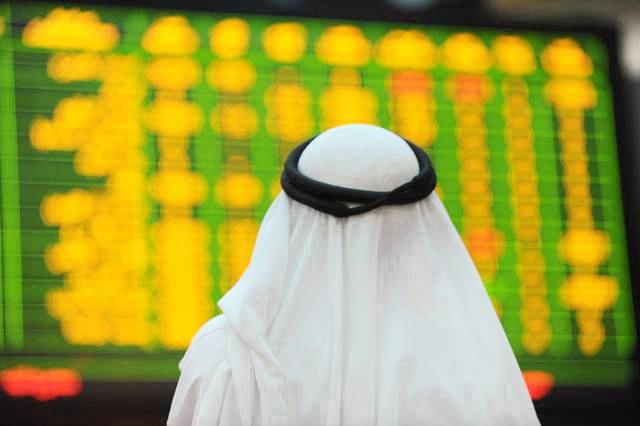 Last week, the US dollar index rallied higher, buoyed by better-than-expected US economic data and the Federal Reserve’s decision to raise interest rates.

The dollar index, which had dropped to 93.91 on September 20 managed to claw its way back and ended the month at at 95.13, up 3.26 percent year-to-date. This comes at a time when rising interest rates and global trade tensions are in focus for investors worldwide, including in the Gulf countries.

So far, (with the exception of Dubai and Muscat) equity markets in the region have been on a sustained move upward, with Tadawul up 9.3 percent; Abu Dhabi +12.5 percent; Kuwait +3.5 percent; and Bahrain +1.6 percent. The MSCI Arabian Markets Index— whose top 10 constituents are dominated by Saudi companies— has also been up 10.43 percent year-to-date.

Argaam decided to find out how a stronger dollar and US-China trade tensions could affect regional markets.

“The impact of the current trade war between the US, China, and other major countries on the GCC economies is negligible. The GCC currencies appreciated significantly from 2014 to 2017 and now are considered modestly overvalued. Equity market performance across the Middle East has been uneven. However, markets overall have performed well even in the face of broader EM struggles, and we expect downside risks to remain muted.”

“Historically there has been a moderate and inverse relationship between Gulf equity markets and the dollar, with periods of extended dollar weakness generally being positive for Gulf equities. While this is encouraging, one has to keep in mind that there are other factors at play also, namely oil prices and the outlook for government spending. While the trade dispute itself might not directly affect the Gulf, there would almost certainly be negative spillover effects from a further escalation in the trade dispute.”

“Being pegged, the economics of dollar impact is much different from that of an emerging market. The issues for Saudi Arabia are centered on oil prices whose outlook we believe is positive. If anything, we could be beneficiaries of a trade-war because as cost of imports increase, if Arabian countries can try to substitute US or Chinese products. Having said that, the impact of the trade war will be minimal for GCC.”

Ehsan Khoman, head of MENA research and strategy at MUFG

“Whilst Saudi Arabia’s equity market has not been immune from the EM contagion effects, it has fared better than most of its EM peers, providing a testament to the capital market and operational enhancements that the Kingdom has undertaken in recent months. With Saudi Arabia’s inclusion in the MSCI EM index from June 2019, we view that this could translate into foreign inflows in the stock market of between $ 42-47 billion (5.6 percent-6.3 percent of GDP) by next year. To put this into context, the Kingdom received total capital inflows of only $ 25 billion in 2017.”

“There are not necessarily any impending downside risks across equity markets in the Middle East, with equity markets on a global scale still following the global trade developments very closely. On one side there are benefits for pegged currencies around the region which have mirrored the 5 percent advance in the US Dollar over the past six months. But there is also a view that due to the weakness across global currencies in the aftermath of USD strength that this would weigh on the competitiveness in the region over the medium term.”