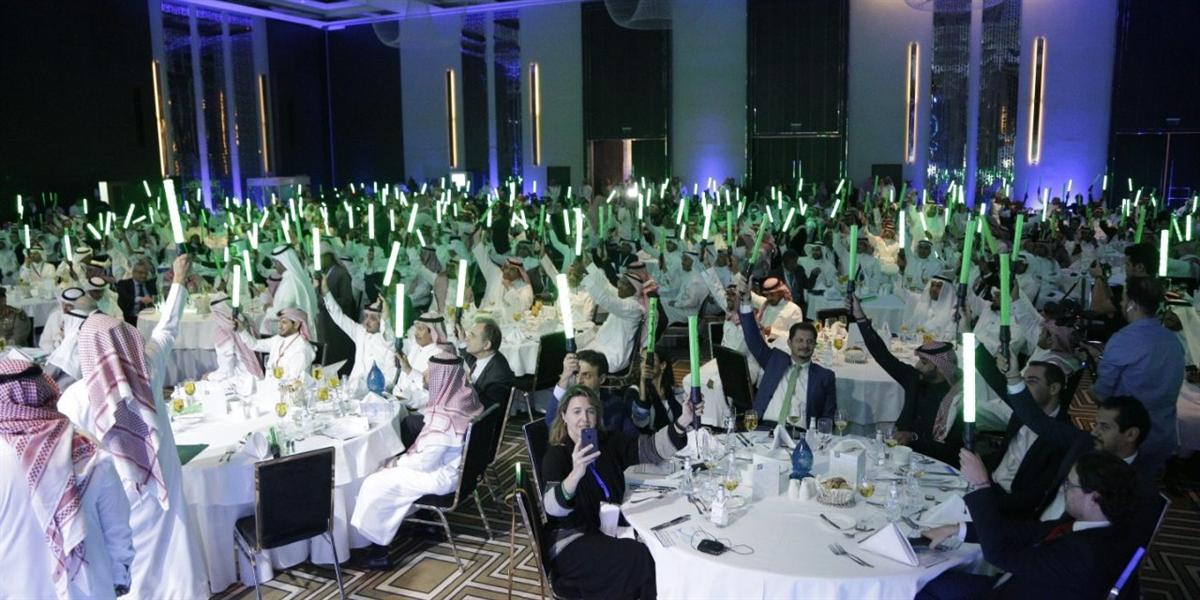 Saudi Arabia, one of the world’s driest countries, has announced a national program for rationalizing water consumption in the Kingdom, setting ambitious targets that include slashing usage by nearly 24 percent by next year and around 43 percent by the end of the next decade, the Centre for International Communication (CIC) said in a statement.

The announcement came at the Saudi Water Forum 2019, held this week in Riyadh, and with World Water Day set for Friday, March 22.

Speaking at the forum, Saudi Minister of Environment, Water and Agriculture, Abdulrahman Al Fadley, officially launched the Qatrah (Arabic for ‘droplet’) program. The program is aimed at reducing water consumption as part of the ministry's efforts to attain water sustainability, along its official website (www.qatrah.com) and social media accounts, CIC statement said, adding that citizens can pledge to conserve water by registering on the site.

Saudi Arabia, which has a population of about 33.4 million, is the world’s third largest per capita consumer of water after the United States and Canada, according to the Qatrah website.

Through the Qatrah program, the Ministry of Environment, Water and Agriculture aims to reduce daily per capita consumption from 263 liters to 200 liters by 2020 and to 150 liters by 2030.

The water conservation program will be implemented by the government-owned National Water Company in all regions of the Kingdom. 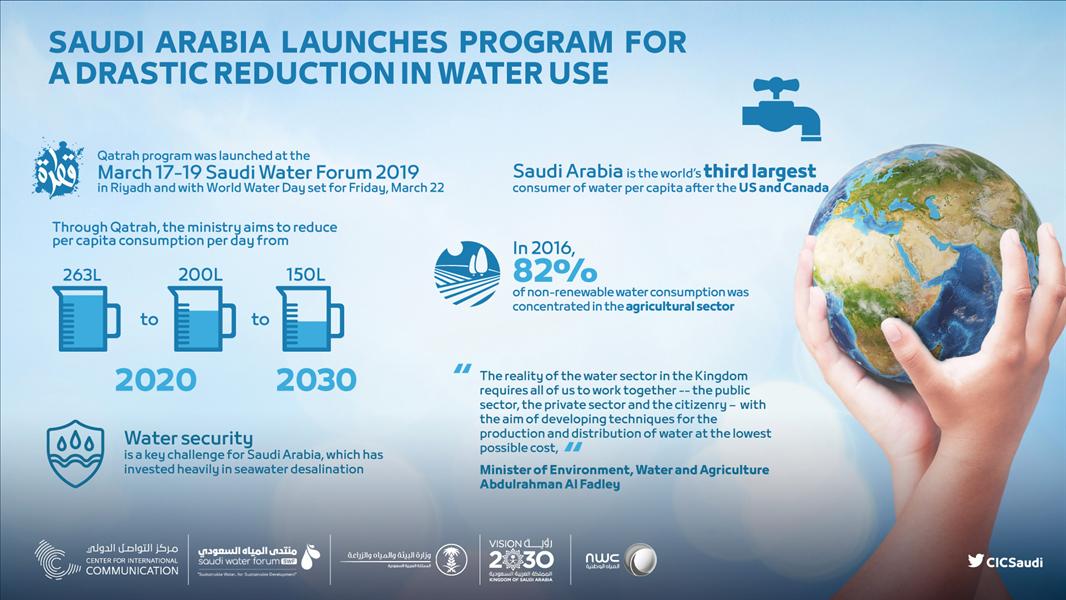