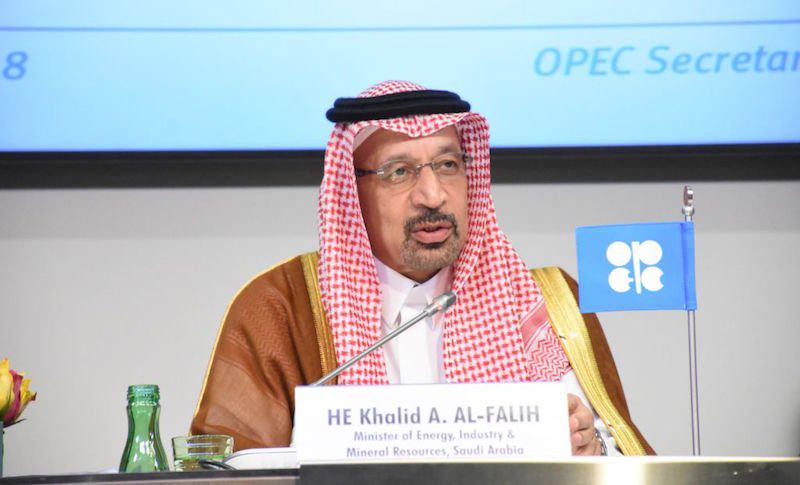 Saudi Energy Minister Khalid Al-Falih on Monday said the global oil market is on its way towards balance.

Speaking at the Gulf Intelligence Saudi Energy Forum in Riyadh, the minister added that the Kingdom is unlikely to continue cutting output below its target.

In February, Al-Falih said the Kingdom plans to reduce production to nearly 9.8 million barrels per day (mbd) from above 11 mbd in November 2018 but expects oil demand to pick up starting from the second quarter of 2019.

Al-Falih further stated during the forum that Saudi Arabia expects to export gas by 2025-26.

Meanwhile, UAE Energy Minister Suhail Al-Mazroeui said that OPEC and its allies are achieving balance in the oil market.

"OPEC and OPEC+ will always do whatever (is) necessary to achieve that balance in the market," he said at the Middle East Petroleum and Gas Conference in Dubai.