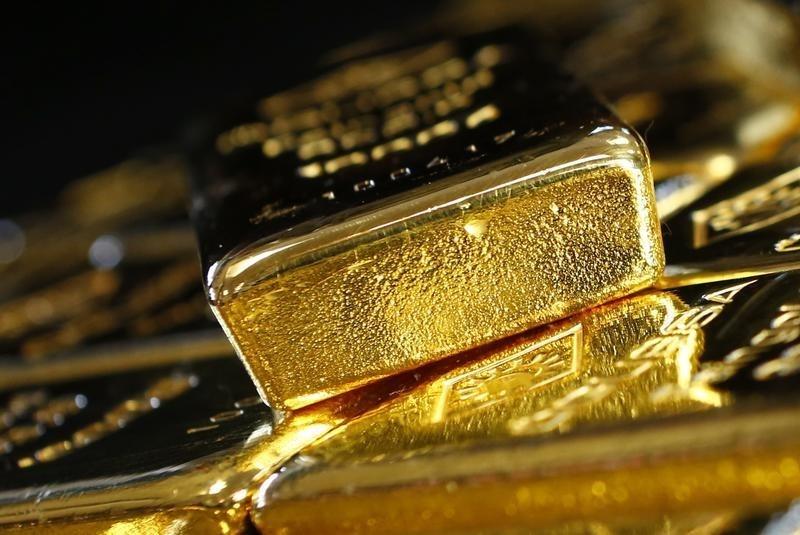 Gold prices touched a more than six-year high on Wednesday, as the trade war between China and the United States showed no signs of abating, boosting the appeal of safe-haven assets.

"Trade wars are the catalyst for the latest gains. Increasingly fiery rhetoric out of Washington and Beijing is fuelling worries that the conflict will amount to a longer-term headwind for global growth," Ilya Spivak, senior currency strategist with DailyFx said.

China's exports likely declined for a second successive month in July, according to a Reuters poll, signalling a hit from tariffs in the escalating trade war.

Imports too are expected to post a decline in July, indicating that Beijing's stimulus measures have failed to curtail falling economic growth.

Goldman Sachs said it no longer expects a trade deal to be struck before the 2020 US presidential election, while Morgan Stanley warned that more tit-for-tat tariffs could tip the world economy into recession by the middle of next year.

A Federal Reserve official said on Tuesday it was appropriate to "wait and see" how the upcoming data was, before deciding whether rates should be cut again at the central bank's next meeting in September.

Yields on 10-year US Treasuries were down close to their lowest in almost three years.

On the technical side, gold may test a resistance at $1,497 per ounce, a break above which could lead to a gain to $1,524, according to Reuters technical analyst Wang Tao.