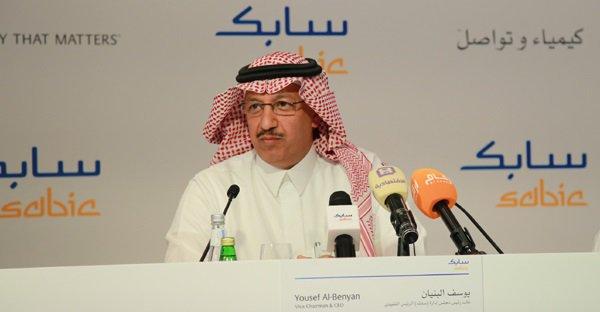 There is no substantial event that needs to be disclosed at the moment after the feedstock supply is back to normal levels, Saudi Basic Industries Corporation’s (SABIC) chief executive officer, Yousef Abdullah Al-Benyan, told Argaam, adding details will be disclosed in the Q3 2019 results.

“We are proud of Saudi Aramco, as it provided a vivid example of its international capabilities. Despite the enormity of the event, it was able to restore supplies by 100 percent and quickly with the support of the Ministry of Energy, headed by Prince Abdulaziz bin Salman who played a major role”, Al Benyan added.

While commenting on the Ministry of Industry’s decision to study stabilization of energy and feedstock prices, he said, “We know the keenness of the government and the Ministries of Industry and Energy to make the national petrochemical industry competitive at the global level, and we hope that these decisions will be one of the outputs.”