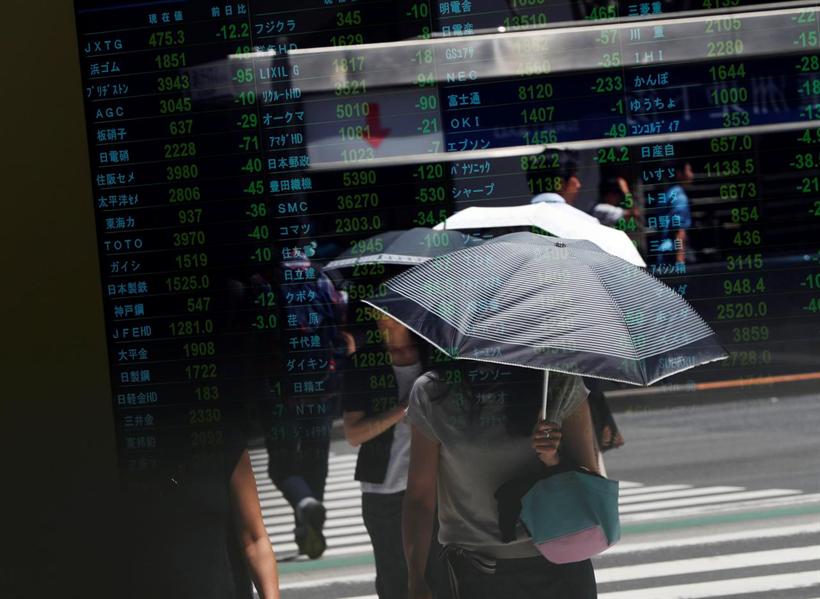 Asian shares extended gains on Monday to hit a three-month high as risk assets got a fillip from hopes of a US-China trade deal as soon as next month while the dollar marked time as focus shifts to a US rate decision.

In early Asian trades, MSCI's broadest index of Asia-Pacific shares outside Japan added 0.3 percent for its third straight day of gains to 518.29, the highest since late July.

The gains came after a positive session in US and European markets on Friday.

US and Chinese officials are "close to finalising" some parts of a trade agreement after high-level telephone discussions on Friday, the US Trade Representative's office and China's Commerce Ministry said, with talks to continue.

US President Donald Trump has said he hopes to sign the deal with China's President Xi Jinping next month at a summit in Chile.

The protracted trade war between the world's largest economies has hurt manufacturing activity, exports and business confidence globally while denting profits of many major industrial firms.

Optimism that Beijing and Washington were finally close to resolving their dispute led the S&P500 to surpass its July 26 closing record of 3,025.86, though it ended a tad below that level on Friday. The S&P 500's total return index posted an all-time high.

Strong results from companies including Intel also boosted sentiment in equities markets. More than 81 percent of US companies have beaten Wall Street expectations so far this earnings season despite concerns about the trade war.

Investors next await earnings from the likes of Alphabet Inc , Apple, Facebook and Exxon.

Activity later in the week will be dominated by the U.S. Federal Reserve, which markets expect is all but certain to lower interest rates at its Wednesday meeting.

The Bank of Japan meets on Thursday. On Friday, indicators for Chinese and US manufacturing will be released.

"We also think the risk is the FOMC will articulate a pause," for future rate decisions, Grace added.