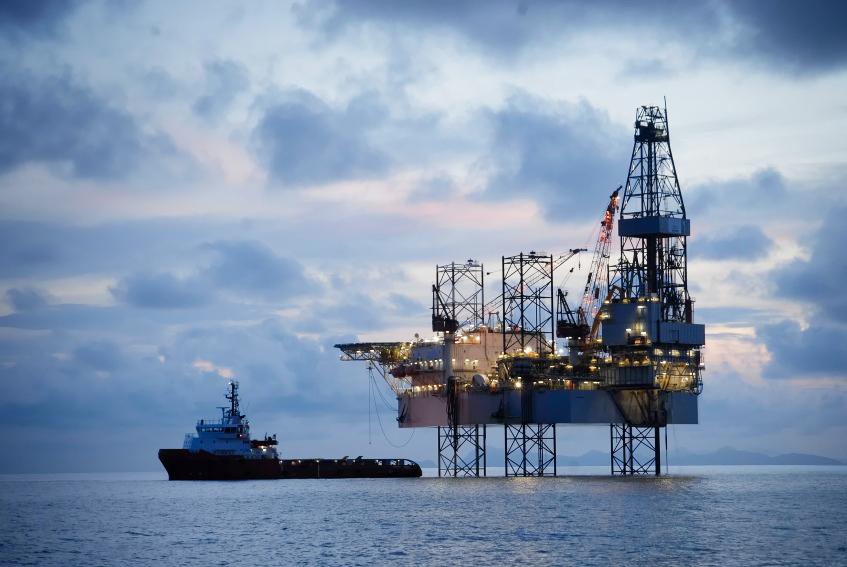 The renewed tension between the US and Iran, coupled with the signing of an initial US-China trade deal and the shutting down of 2 large crude production bases in Libya on Jan. 19, triggered a spike in oil prices.

On the face of it, nothing seems unusual with the Brent oil trading higher than the WTI prices in response to the global geopolitical risks.

What does seem unusual, however, is the narrowing gap between the WTI and Brent crude prices, especially over the last 6 months (see GlobalData chart). Last month, the spread narrowed further averaging $5.37 a barrel. 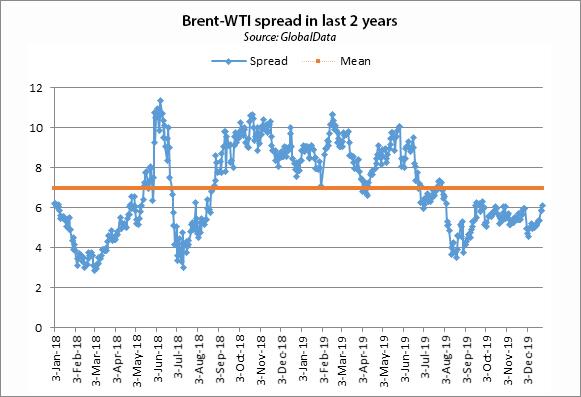 This begs an important question -- does reducing the gap between the Brent and WTI futures price mean Brent's premium to WTI oil is poised to lose relevance in the coming future?

Also, is the WTI on the cusp of taking over the Brent as the global oil benchmark?

The tale of 2 benchmarks

Brent crude which is traded on the Intercontinental Exchange (ICE) is the world's most widely used reference for oil buyers, sellers, and speculators. No wonder, it commands a premium over the WTI crude.

Being the price barometer for 70% of global crude, Brent is also much more susceptible to what is happening globally than WTI.

While geopolitics definitely cast shadows over oil markets, the cold reality however is there is much more to oil prices than just these related risks.

Take, for instance, WTI oil that trades on the NYMEX futures exchange and is priced slightly lower than the Brent crude, despite being lighter and sweeter than the Brent.

WTI is the preferred measure and pricing benchmark for the US crude oil, and has at times shown indifference to geopolitical risks, unlike Brent crude which responds to global signals more swiftly.

The factors favoring a premium for Brent seem to be not exclusive to it anymore. For instance, last year, while Brent crude futures rose 23% year-on-year WTI rose much faster by 34%.

With the WTI on the surge, it has also been drawing greater interests from investors and traders alike with hedge funds and money managers taking the lead in making bullish bets.

This is borne out by the surge in NYMEX WTI net length positions that rose a hefty 89% or 133,412 contracts in December 2019, the highest since April last year, according to the US Commodity Futures Trading Commission (CFTC).

What is even more interesting is the higher long-to-short ratio in NYMEX WTI contract speculative positions, compared to Brent, as shown by data from ICE and NYMEX exchanges.

The long-to-short ratio speculative positions in ICE Brent rose to about 7:1 in December, on average, from 6:1 in late November.

On the other hand, on the NYMEX WTI it rose to 8:1 for the week ending Dec. 31 from around 4:1 in the last week of November.

The higher long-to-short ratio indicates traders are more bullish about the WTI prices to rise than the Brent in the future.

OPEC’s monthly report for January 2020 notes that money managers are more bullish about the outlook for WTI on declining US crude oil stocks and rising US crude oil exports.

This could increase further after the US and China agree on interim ‘phase 1’ trade deal, it further added.

The surge in crude oil production over the last decade, thanks to the shale oil revolution, has catapulted the US as the world’s largest oil producer and analysts expect it to remain so, at least in the near future.

However, the surge in shale oil production in the US and the build-up in domestic oil inventories created bottleneck, triggering an expansion in oil pipeline infrastructure in the US to ease it.

The shale surge was also a major factor behind the US lifting the ban on oil exports in 2015 as a measure to clear off the inventories.

He added these measures include the physical de-bottlenecking, through the expansion of domestic oil pipeline network that aimed to ensure faster transportation and delivery of crude oil from US oilfields to Cushing and from there to the US Gulf Coast for exports.

As a result, he said, WTI prices moved up and the spread between the Brent and WTI crude started narrowing in the past few years.

The ongoing expansion in pipeline capacity is further going to take pressure off the US inventories, making WTI prices more aligned with the Brent, analysts say.

“Over the last few months with the increasing expansion of the crude oil pipeline capacity in the US, the US inventories have normalized, which is helping send more US crude out onto the world market. This, in turn, is causing a gradual recovery in WTI prices and reducing the spread,” said Edward Bell, Commodities Analyst, Emirates NBD, Dubai.

A report by GlobalData notes that the proposed expansion of Corpus Christi ports will further increase the US’s ability to export crude oil and can further drive down the spread between WTI and Brent.

IHS Markit also maintains that as more pipeline projects in the US will come online by 2020, the spread between Brent and WTI will most probably narrow to $4 per barrel in 2020.

However, Cyril Widdershoven, global energy market analyst at Verocy and Global Head Risk Strategy at Berry Commodities, pointed to the factors that would support Brent crude more than the WTI, resulting in widening of the spread, instead of narrowing.

“US shale is expected to hit a ceiling very soon, while other global issues will have a major bullish push at the same time,” he maintained.

He further added that if the OPEC+ deal continues, and if production cuts are extended, the spread could widen again.

According to Robin Mills, CEO, Qamar Energy, the gap between the two benchmarks has been narrowing irrespective of whether the Brent has been rising or falling.

All in all, going forward, the future of the Brent-WTI price spread will be determined, in part, by the balance between the geopolitical risks and oil supply infrastructure in the US, along with the fundamental factors of demand and supply.