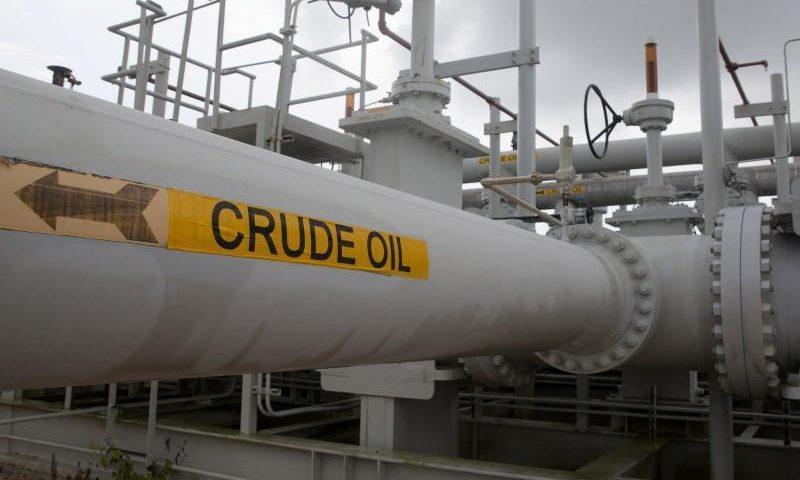 The boom in shale oil production over the past decade and the expansion in domestic oil pipeline network have transformed the US into a major crude oil exporter.

Crude oil production in the US touched a new record of over 13 million barrels per day (mbpd) in January this year, making it the world’s largest producer.

The International Energy Agency (IEA) last year estimated that by 2024, US oil exports will overtake Russia and close in on Saudi Arabia, thus bringing greater diversity of supply to markets.

According to IEA, the US continues to dominate global oil supply growth, and it will account for 70% of the increase in global production capacity until 2024.

The emerging question now is whether the surging shale oil would dominate global energy market, making the role of Organization of the Petroleum Exporting Countries (OPEC) less relevant.

On the face of it, the shale oil revolution and the incredible growth in US oil production from next to nothing in 2011 to being the world’s largest oil producer, appears to signals a major shift in the balance of power in the global oil market.

However, in reality it isn’t a sign of a major shift.

This is simply because notwithstanding the rising US crude oil supplies, OPEC’s leading role in meeting world energy demand and its sway in the global oil market remains unsurpassed.

The numbers tell it all. The group still holds close to 80% of global crude oil reserves, with the bulk of OPEC oil reserves in the Middle East.

The contributions of the OPEC along with its non-OPEC allies, collectively known as OPEC+, in ensuring oil market stabilization is a well-known fact.

The most recent example demonstrating the significance of the OPEC+ is the ‘Declaration of Cooperation’ in December 2016.

The surge in US crude oil production coupled with lower oil demand globally gave way to oversupply in an already bearish market. The imbalance between oil demand and supply hit crude oil prices especially at the end of 2014 until the third quarter of 2016.

That was the time when OPEC+ started bringing back the global oil market from the brink, by agreeing on the landmark ‘Declaration of Cooperation’ in December 2016.

“If not for OPEC, the price of oil would have fallen much more sharply. So OPEC does have a role in the new world also,” Vijay Valecha, Chief Investment Officer, Century Financial, maintained.

Since 2017, OPEC+ countries have been jointly managing oil production volumes. The purpose has been to cut oil supply, drain excess inventories from the market and thus bring the much-needed balance in the market and stabilizes oil prices.

Despite the shale oil surge in the last decade, many analysts believe the boom may not last any longer.

“US oil output growth is expected to slow down through 2021 with 2020 growth at 9% and 2021 at 3%. The pace of growth has slowed down sharply as US shale oil producers are focusing more on well productivity rather than drilling new wells,” Valecha further noted.

A related challenge for shale oil producers is to maintain profitability.

Drilling shale oil through fracking technology is massively capital intensive. Shale producers have been under pressure to generate returns as they need to have oil prices around $65-70 per barrel over the medium term if shale oil production is to continue expanding profitably at a robust pace.

This is the fact which the US-based Energy Information Administration (EIA) also acknowledged in its latest energy outlook report in Jan. 2020.

EIA said it expected oil prices above $60 to contribute to rising crude oil production, “as producers will be able to fund drilling programs through cash flow and other funding sources, despite a somewhat more restrictive capital market”.

An emerging challenge for the OPEC is the fall in its proven reserves. According to OPEC’s 2019 annual statistical report, the group’s proven crude oil reserves decreased by 0.2% by the end of 2018 for the second consecutive year.

Another challenge for the group is maintaining its pricing power. This is especially true at a time when OPEC has been cutting oil production to support prices. On the contrary, the non-OPEC production has risen.

“Rising US productions along with the new huge oil fields from Brazil and Norway which are likely to come on stream in 2020 will further reduce OPEC’s pricing ability,” Valecha added.

Overall, it goes without saying that the global oil market is going through a period of extraordinary change, if not a major shift in balance of power.

A number of factors went into transforming the crude oil market realities in the US that turned out to be a game changer and solidified America’s prominent role in the global crude oil market. At the same time, the overarching role of OPEC cannot be underestimated. Nevertheless, it’s time for the group to reinvent itself in the face of these new realities.