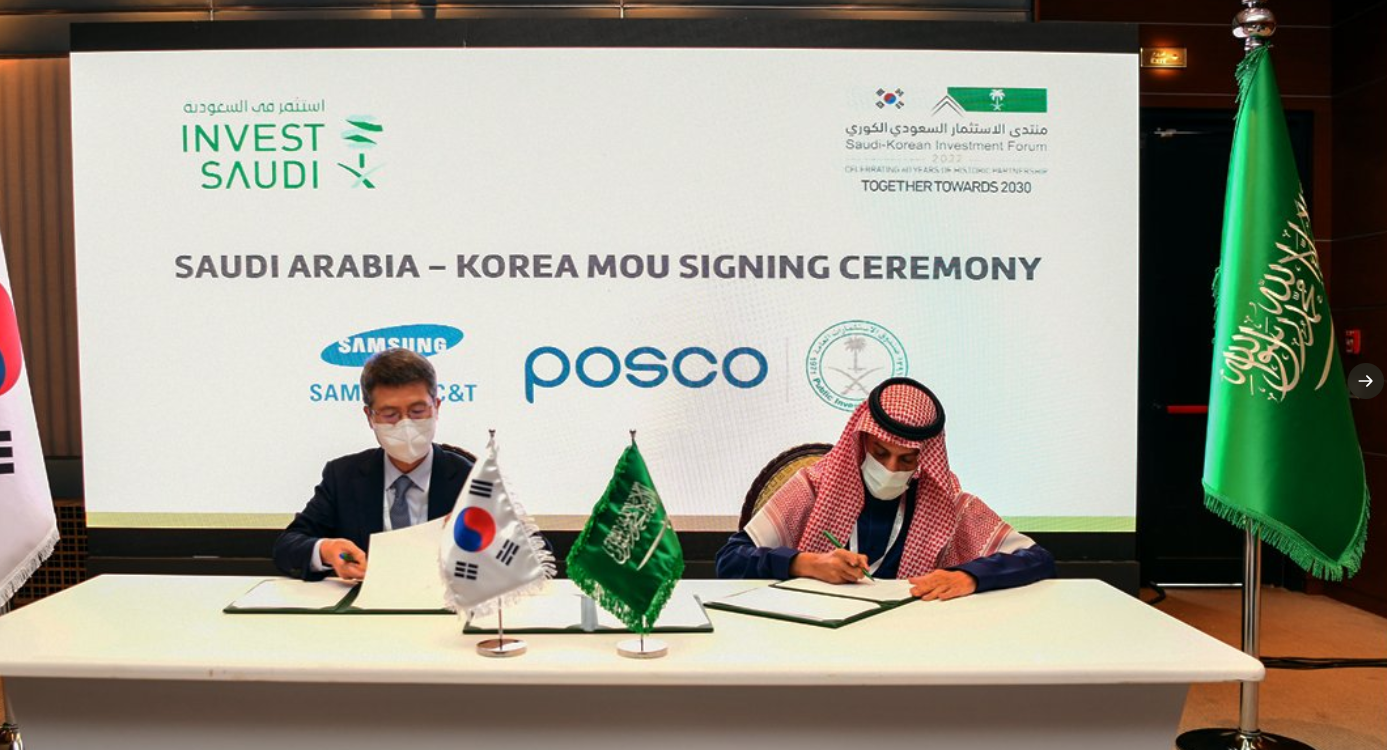 The MoU was signed on the sidelines of the Saudi-Korean investment forum held in Riyadh.

According to an official statement, the MoU covered conducting a feasibility study on the development of a green hydrogen production project in Saudi Arabia for export purposes.

The trilateral cooperation will become a shift in carbon emission reduction. It will also contribute to transferring knowledge between Saudi Arabia and South Korea in the long term.

Samsung C&T is a leading South Korean construction company that specializes in building,infrastructure and plant businesses, while POSCO is the largest steel manufacturer in South Korea. PIF acquired a 38% stake in POSCO E&C in 2015, which is one of the affiliates of POSCO.