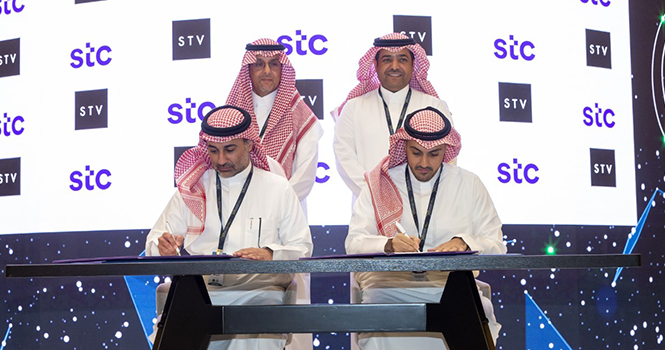 The signing of the agreement

In the sixth edition of the Future Investment Initiative (FII) held in Riyadh, the telco said it had injected $500 million in STV’s first fund.

In a statement, of which Argaam picked a copy, stc said it expects the MENA region to set up 45 unicorn companies by 2030.

The move will provide an investment opportunity worth $100 billion, through the local initial public offerings, stc said, adding that it plans to acquire a large portion of the accelerated unicorn establishment processes.

Olayan AlWetaid, stc Group CEO, said the company's investments in STV since its launch have achieved strong returns, hence the telco is encouraged to double such investments.

stc seeks, through its comprehensive strategy, to provide support and motivation to the major digital companies in order to grow and expand the scope of the group's investments in the topnotch technology sectors.