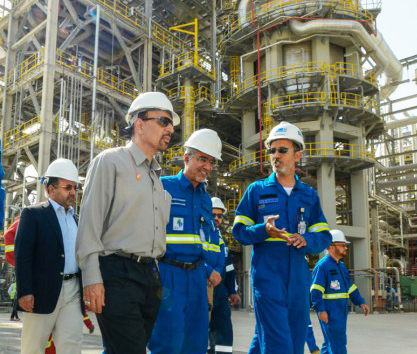 Saudi Arabia is planning a three-way foreign listing of Saudi Aramco in London, Hong Kong, and New York when the company goes public in 2017 or 2018, UK’s The Telegraph reported on Sunday.

The kingdom hopes to lure ExxonMobil, China’s Sinopec and BP into buying stakes in the oil giant when it floats five percent of its equity, the newspaper said, citing sources close to Saudi thinking. The three companies, however, are struggling with low oil prices, and would need “a cast-iron guarantee of long-term strategic access to sweeten any deal.”

Aramco is valued at about $2.5 trillion, which would make the initial public offering (IPO) five times larger than any in history. Shares would be valued at $100 billion to $150 billion.

Shares would also be floated on the Saudi stock exchange, Tadawul, but the bourse is too small to handle the size of the listing exclusively.

The listing is part of the kingdom’s Vision 2030 plan, which aims to break its oil dependency and diversify the economy.